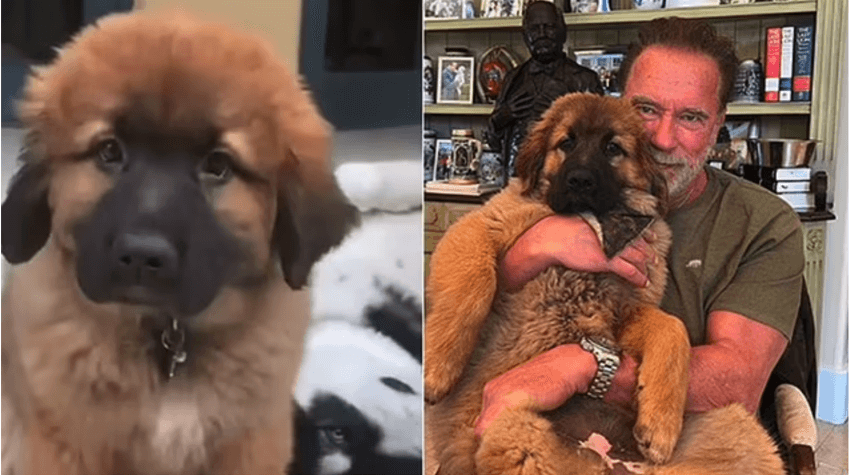 The Hollywood legend actor Arnold Schwarzenegger introduced his new puppy “Schnitzel” named after his favorite Austrian dish to about 22.1 million Instagram followers, admitting he is in love with his ‘sweet little meatball’ even though some of his other pets are struggling to adjust to their new puppy mate.

Arnie, 74, got his new pet on Christmas day and he named her Schnitzel after his favorite Austrian dish and basically his own nickname.

He took a photo and posted it on Instagram showing him cuddling Schnitzel and wrote: “I told my newsletter subscribers last week and now it’s time to introduce the new member of the family to you.”

“I got her for Christmas! Her name is Schnitzel, after my favorite Austrian dish and my own nickname.” He said. “I can’t wait to keep sharing pictures and videos of her as she gets older. She and Dutch are already best friends. Cherry shows her teeth to her nonstop, and Lulu tried to trample her, so we are working on all of the relationship dynamics.” He mentioned.

“At least Whiskey doesn’t care about anything as long as she gets her food. But she is such a sweet little meatball.” He added.

Other pets loved and owned by the Terminator star include a donkey named Lulu, a miniature horse Whiskey, and dogs Dutch, Noodle, and Cherry. And Schnitzel was added to the list.

Arnie stated that having a home filled with adorable pets helped him get through the COVID-19 pandemic. He previously admitted that: “It’s so wonderful when you have animals around you, and they play with you, and they do funny things, and they roam around the house.”

“It’s so much fun to watch this, and see this energy. I think, in a way, it’s also therapeutic,” he ended.

Dog born with short spine and no neck finds a family to love him just the way he is
Family Of Bears Kept Stealing Man’s Honey So He Turns Them Into Taste Testers
mohammedltc
Related Posts
0 3 0
July 3, 2022
0 7 0
July 2, 2022 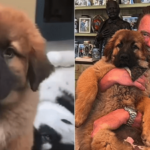