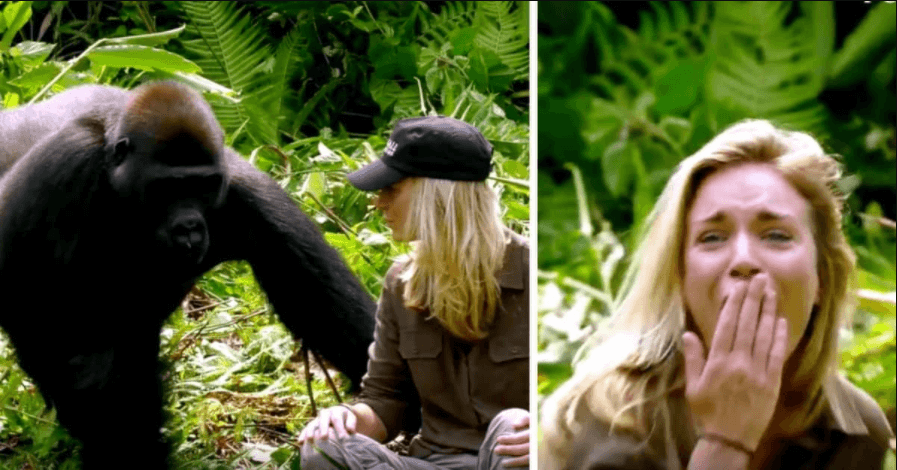 In a surprising turn of events, Damian and his wife, Victoria, recently met up with two reticent gorillas in the wild that they’d released years ago.

The two gorillas, named Djalta and Ima, were raised by Damian when they were just small babies at Howletts Wild Animal Park in Kent. They were released as fully-grown adults back in 2003.

Damian wanted to introduce his wife to the gorillas. He was aware of how territorial Western Lowland Gorillas can be to humans–and they were shy about entering their territory.

Even though Djalta and Ima were raised by Damian, there was a possibility that they wouldn’t welcome him into their home. At one point, Ima fondly picked up Victoria and lovingly held her while she hugged him.

Djalta’s recollection of human life through his experiences continues to be remarkable. It’s touching to see both Chunk, Ima, and Djalta not only remember Damian, but embrace his wife as part of their family. The emotional intelligence of these incredible creatures is beyond comparison.

This entire encounter is incredible, but so sweet to watch. As human beings, we should always do our utmost best to help protect these creatures and their homes in the wild!

Watch this heartwarming reunion and be sure to pass this onto a friend or family member! 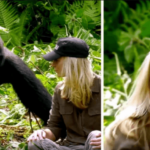