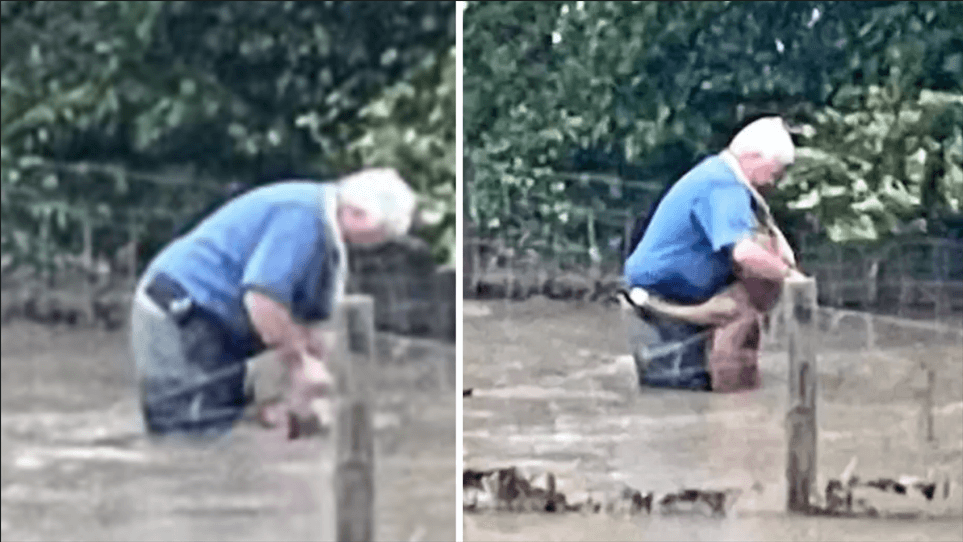 A local shelter director is a hero for preventing a flood from harming an Alabama dog, who is now safe.

A severe storm that hit Dothan, Alabama, on March 18 immediately overwhelmed nearby creeks and submerged several yards and low-lying areas in hip-deep water.

After the rain stopped, someone called the Dothan Police Department and reported a dog that was chained and having trouble breathing, according to a Facebook post from the department.

Director of the Dothan Animal Shelter Bill Banks rushed to the call but was unable to reach the dog’s owner. Unaware of what might be lying beneath the water’s surface or how friendly the terrified canine would be to outsiders, Banks stepped into the murky water.

“Once I got down there, it wasn’t but a minute or two before I had her free,” Banks said. “The water was waist-deep, chest-deep in some places. I got totally destroyed by fire ants,” he says. “They were all over the surface of the water. They were all over my shirt, my arms. The dog was covered in them.”

When faced with an animal in need, Banks bravely broke through the fence and liberated the struggling dog, who gratefully gave him a wet, sloppy hug that was documented in a photograph.

The Dothan Police Department lavishly praised the director in the article.

“Director Banks’ selflessness and care for animals reflects greatly on himself, the Dothan Animal Shelter, and the city of Dothan,” the post reads.

For his part, Banks is eager to clarify that the incident was an accident and that the dog’s owner is not at fault.

“In all the years I’ve been here, that creek has never come up that far before,”; he says. “I got ahold of the owner at the time, but he was in the next state, taking care of some business, and was headed back when I talked to him. I think he got home about half an hour after I pulled [the dog] out.”

Banks says he tied the dog up closer to the home and that the grateful owner has already relocated the dog house and enclosure further up the property to prevent a similar situation from happening again. 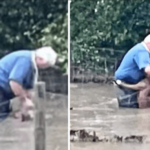