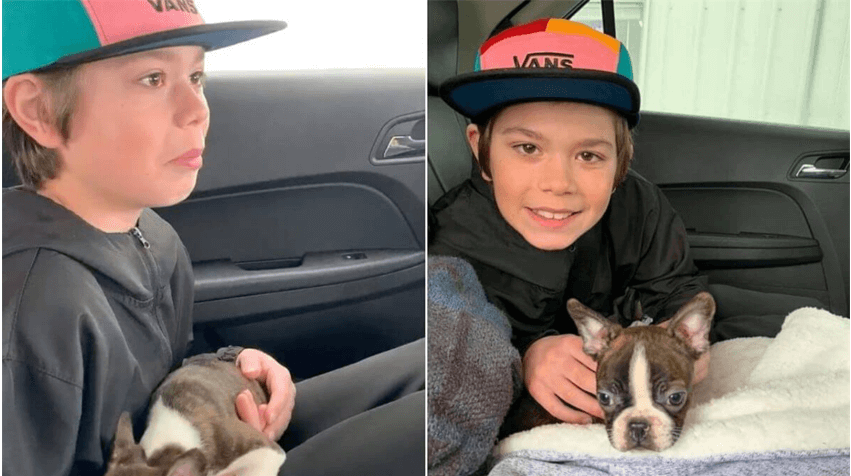 A video is currently circulating the internet that is bound to give you all the feels: a 13-year-old boy being surprised by a puppy as his birthday gift from his recently deceased father.

Trust me on this, you’re going to need lots of tissues.

The emotional video shows the birthday boy, Logan Kavaluskis, being handed a small Boston Terrier puppy by his cousin, Jon Kavaluskis. Jon then tells Logan, that the puppy is his.

This birthday surprise was actually planned out by Logan’s father, Joe. Joe recently passed away on the 8th of January after a nine-year battle against multiple myeloma cancer.

You can see Logan’s emotional reaction to his surprise:

Logan had always wanted a dog of his own, however, his father was allergic so the family was never able to get one.

But before he passed away, Joe plotted with his wife, Melanie, to get Logan a puppy after his death. With the help of Logan’s cousin Jon, the family found a healthy little Boston Terrier – one they felt was the perfect fit for the 13-year-old boy.

Joe passed away just five days prior to Logan’s 13th birthday. The family surprised the young boy by telling him they were driving north from their home in Hudsonville, Michigan, to collect a puppy – but they didn’t say for who it was.

The video was taken on the way home from collecting the puppy after the family pulled into a gas station and told Logan that they wanted a picture of him with the puppy.

That is when Jon revealed the truth. Logan can be seen crying when he’s told that the puppy is actually a birthday present from his dad, who “wanted [him] to have a puppy.”

Logan can be heard asking in disbelief, “Really?”

Jon then confirms it, saying, “Do you love him? He is all yours.”

What can only be described as love at first sight, shows the young boy cuddling the little Boston Terrier who is determined to lick the boy’s chin and nose.

The sweet video ends with Logan petting his new best friend, whom he named Indy.

We have no doubt that these two will form a very close bond, and Indy will forever be a constant reminder to Logan of just how much his dad loved him – and that is the most priceless gift of all. 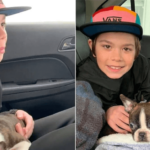