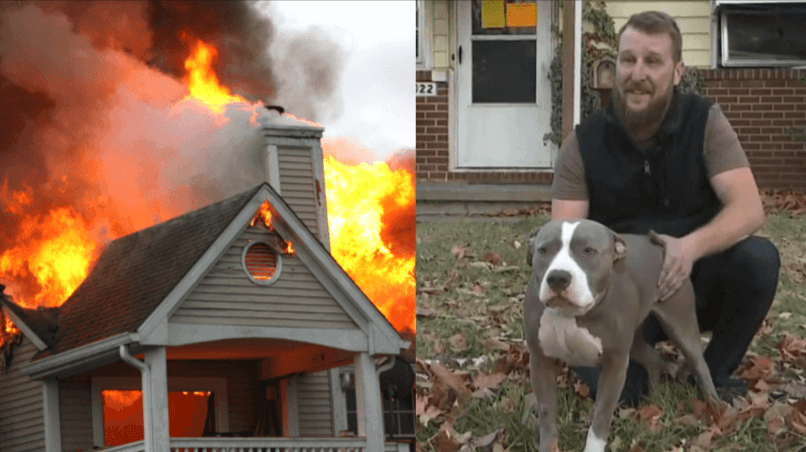 Dogs are incredible animals to have around the house. Not only are they great companions, but sometimes they can save the day during emergency situations.

Dogs have incredible sense, and can often detect danger before humans can. Their alertness is frequently credited with saving people’s lives, allowing them to avert disaster just in the knick of time.

That was the case recently, as one man says his dog saved his life from a devastating house fire by alerting him of the danger.

Tyler Revel, of Wichita, Kansas, lost his entire home to a fire on Sunday, but despite the loss of his property and possessions, he’s still counting his blessings to be alive and well — and thanking his dog, Monroe.

Tyler says he was napping while watching the football game when suddenly his 6-year-old dog began to wake him, acting strangely.

Thanks to the dog’s intervention, Tyler woke up — and suddenly noticed his home was filled with dense black smoke, with flames overtaking the house.

Tyler realized that his dog woke him up to get him out before it was too late.

“She didn’t even hesitate. She knew something was wrong and she had to get me out of there. And that’s what she did.”

Though unable to see or breathe from the smoke, Tyler and Monroe were able to pass the flames and make it out to safety.

“We got out in the nick of time, man. Just really lucky. I think if she wasn’t there, I wouldn’t have made it out alive for sure,” Tyler said.

Tyler lost a lot in the fire: he lost his home and most of his possessions, and his cat Boo is currently unaccounted for.

But he’s thankful to be alive, and glad his heroic dog also made it out with him. 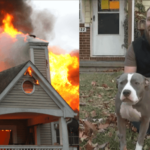