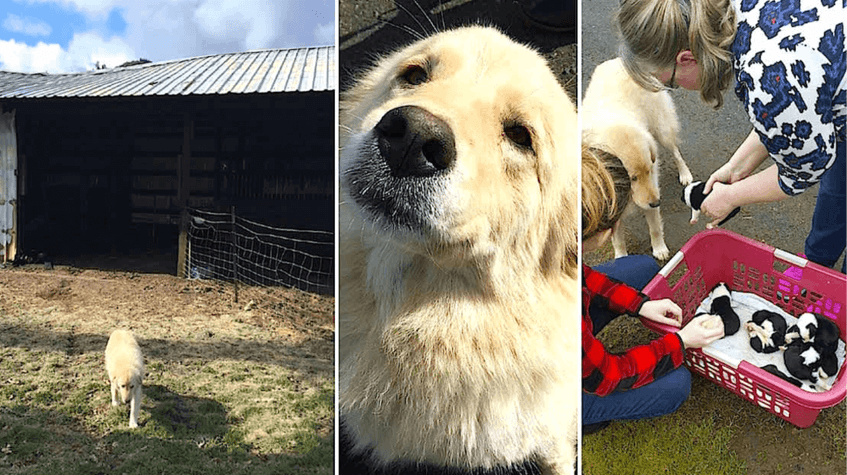 As a child, Jessica Woodruff loved animals. Now, she has to deal with the most tragic moment of her life when her barn was on fire.

On February 9th 2017 Jessica’s barn caught fire accidentally. The fire killed many animals including four goats, a pig, and seven puppies. The puppies were 3 weeks old when the incident happened.

–>Related Post: Dog Living At A Garbage Dump Begged People To Take Him Home But No One Would

As soon as the fire broke out, the mommy dog Daisy, a Great Pyrenees and Border Collie mix, tried to run into the barn to save her pups. But the fire had spread too quickly and Jessica had to hold Daisy back, lest she ended up losing Daisy to the fire too.

The fire spread so fast and big that everything was over within minutes. There was nothing Jessica or Daisy could do, and it broke their hearts. Over the next few days Daisy plunged into depression, and she would walk over to the burnt down barn repeatedly and whine for her puppies. Watching Daisy in so much emotional pain destroyed Jessica. She knew she had to do something before she lost Daisy too.

Jessica’s sister Jacque Barnett put up a post on Facebook looking for orphan puppies they could foster. Coincidently, a woman named Lorna Murphy’s 5-year-old dog Chloe had passed away after giving birth to 8 puppies.

The women on both sides decided to change their tragedies into happiness for their dogs, and a meeting was quickly set up so Daisy could be introduced to the new-born puppies. Daisy’s maternal instincts immediately kicked in and she began feeding the puppies.

Daisy took care of the puppies for several weeks until they were all weaned. Most of the puppies were returned to their owner, except the runt of the litter, who they named Benji.

We’re so happy Daisy found some happiness after her terrible loss, and Lorna’s puppies found a new mommy after theirs had passed away.

Be sure to watch this story below: 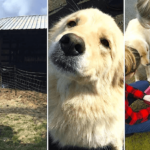