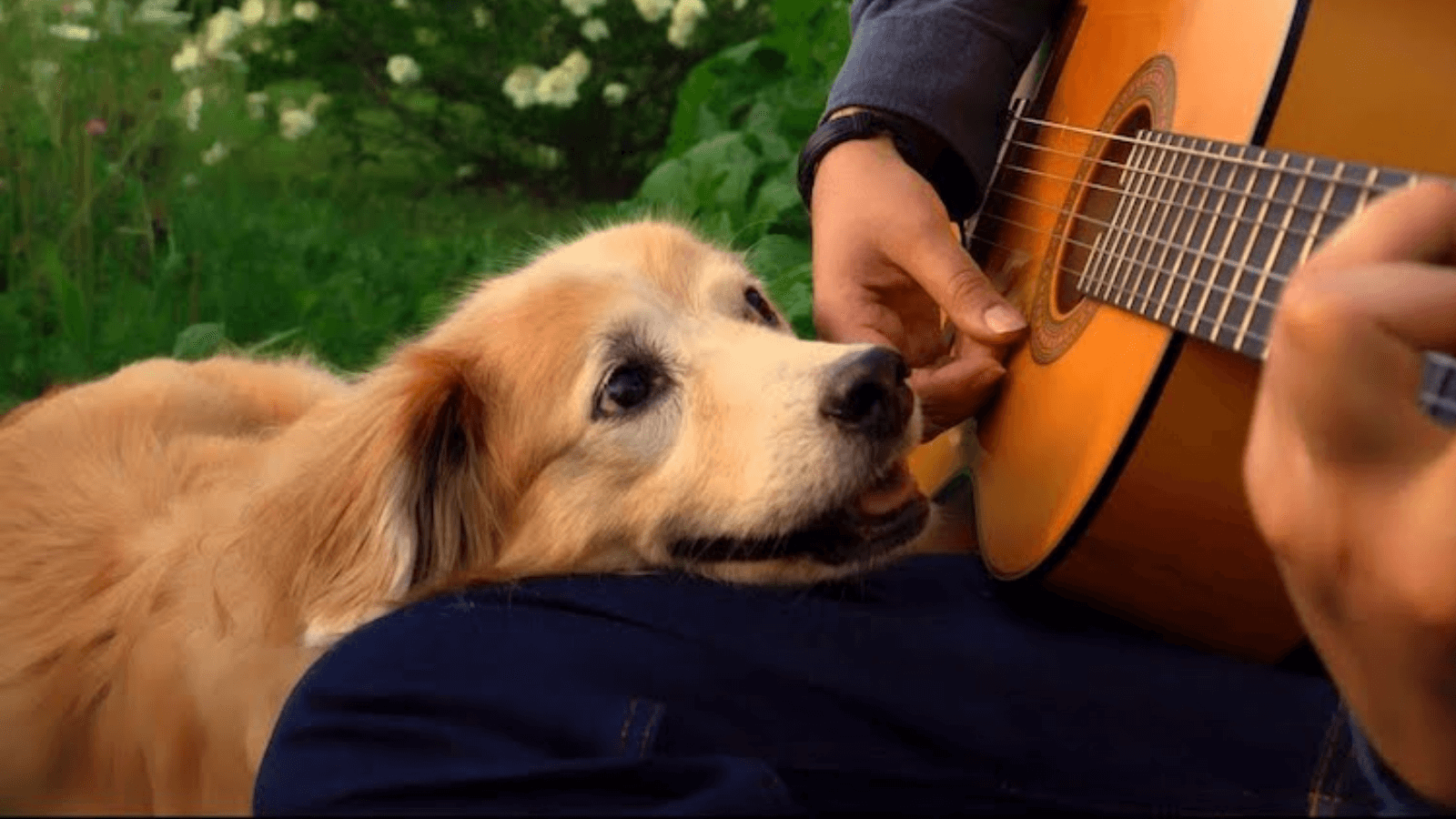 It’s always a heartbreaking experience when a dog passes away, especially when the dog was a big, special part of your life.

Like one loyal dog named Maple, who was her owner’s best friend and biggest fan — she appeared with him in many YouTube videos, sometimes playing along and sometimes just admiring the music, and together the two went viral, delighting millions of people around the world.

Sadly, Maple recently passed away — but not before her owner played her off with one final, beautiful song.

A musician named Trench, known on social media as AccousticTrench, frequently uploads videos of him performing covers of songs on multiple instruments, from acoustic guitar to finger piano. They’re all musically impressive, but what makes them really special is the presence of his dog, Maple.

Trench adopted Maple from a rescue shelter 12 years ago, and the two have been inseparable ever since.

“The first time we met she tackled me, leaping into my arms, wagging her tail so hard and with a smiling face full of love,” Trench wrote. “We went on so many adventures together, and she was always there for me with her unconditional love through difficult times.”

And the two formed a special bond over music. Maple was always Trench’s biggest fan.

“Music helped to soothe and comfort her, especially when she was feeling anxious during thunderstorms and fireworks so I would play for her to help calm her down,” he said. “She would lay beside me with her head in my lap and listen to the guitar until she fell asleep.”

But not only did Maple enjoy music, she was rather talented herself. In many of AcousticTrench’s most viral videos, Maple is actually playing along with her own instrument!

But sadly, Trench announced recently that Maple had passed away on June 16.

“Maple passed away peacefully in my arms,” Trench wrote on Maple’s Instagram page. “Maple was so full of love and pure energy, it is difficult to put into words how special she was and how deeply I loved her. We have spent every moment together for over 12 years and I feel lost without her.”

“She was so much more than just a dog, she was my best friend and there was such kindness and intelligence behind her eyes. She was such a comforting and calming presence, she has been there for me through so much.”

But before Maple passed, the two shared one last song together — and it will break your heart.

A video posted the day after Maple’s death titled “Saying Goodbye” shows Trench playing a beautiful rendition of the Louis Armstrong classic “What a Wonderful World.”

And Maple, as always, beamed with love at her owner, staring up at him as he plays.

Trench says that he still has other videos he can share of his late dog, but the “Wonderful World” is a perfect swan song for this beautiful music-loving dog who has delighted the world.

“I hope Maple has helped bring a smile or some comfort to you over the years, and I take solace in the fact that she will live on through these videos,” Trench wrote on Instagram.

Rest in peace, Maple. Thank you for all the joy you brought us over the years. We know you’re in a better place now with lots of beautiful music.

You can visit AccousticTrench’s YouTube page for many more videos of him and Maple. Share this story to pay tribute to this amazing dog!

Love At First Sight For Vet Tech Who Saved Bait Dog From A Life Of Abuse
Woman Adopts Bloodhound And Gives Him What He Never Had- A Yard
mohammedltc
Related Posts
0 1 0 August 2, 2021
0 3 0 August 1, 2021 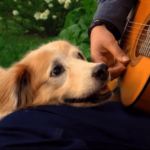