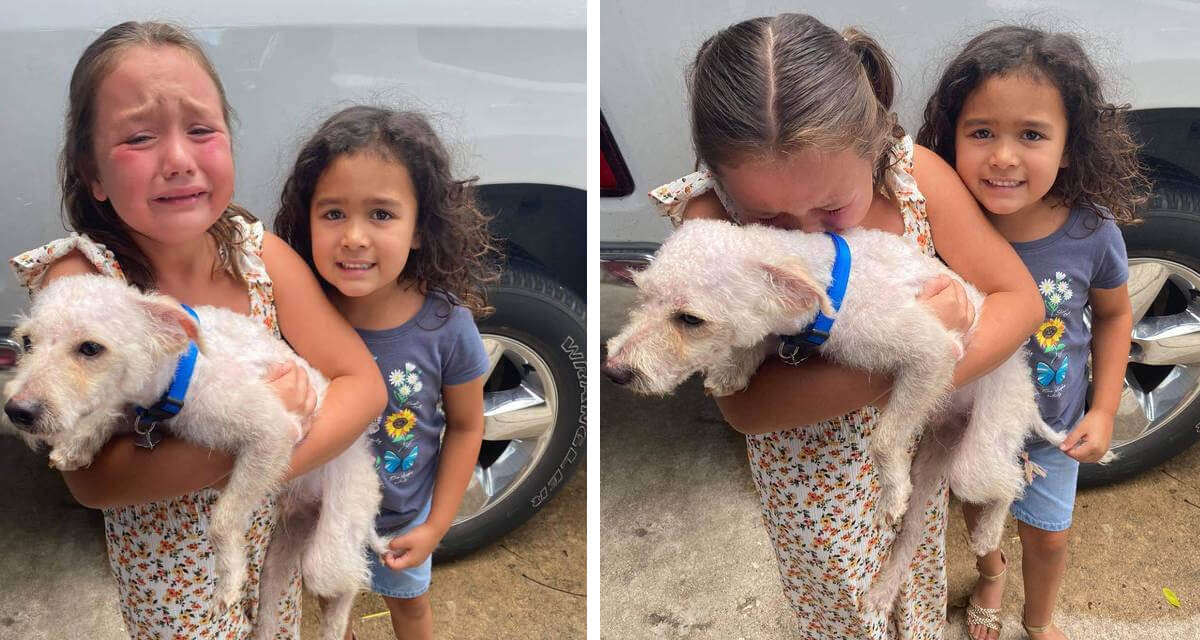 He went missing in May in San Antonio, Texas and his family was afraid that they would never see him again. That was until Deputy Perez of the Bexar County Sheriff’s Office received a call about a dog found wandering a local neighborhood.

Perez remembered a lost dog flyer that had been up at the substation looking for Max. When Perez arrived at the scene where the dog was found, the dog was in fact Max! He called the family right away to confirm that it was their dog, and they were soon reunited.

No one knows how Max survived out there on his own, but his family was so excited to have him back. His two human sisters were especially grateful for the reunion; one couldn’t stop crying tears of joy and hugging Max when the dog was returned to them.

Little Max is now safe and sound back home thanks to Perez and the good samaritan who made the call about spotting him in the neighborhood.

Dogs are family, and when they go missing, it is heartbreaking. After the sheriff’s office posted about the sweet reunion of Max with his family on Facebook, the post went viral — being shared over 1,500 times.

“Man, to see these little girls’ faces is priceless!” one commenter said. “These little critters have major impacts on our hearts. Thank you officer Perez for delivering their baby back to the family. Much love to you!”

The story is one that warmed the hearts of many online. The little girls were clearly so happy to have their best friend back — and it was all because of one kind officer that it happened.

“We need to see more stories of police doing good,” another commenter said on the post. “This warms my heart.”

The sheriff’s office was just as glad to see the reunion — and it’s clear that Max was over the moon as well. Now, he’ll no longer have to worry about where he will get his next meal or sleeping alone outside on the streets.

“Max and his family were reunited and as you can see on the children’s faces, they could not be happier,” the sheriff’s office said on Facebook. ”Thank you to Deputy Perez for facilitating this reunion!” 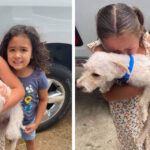