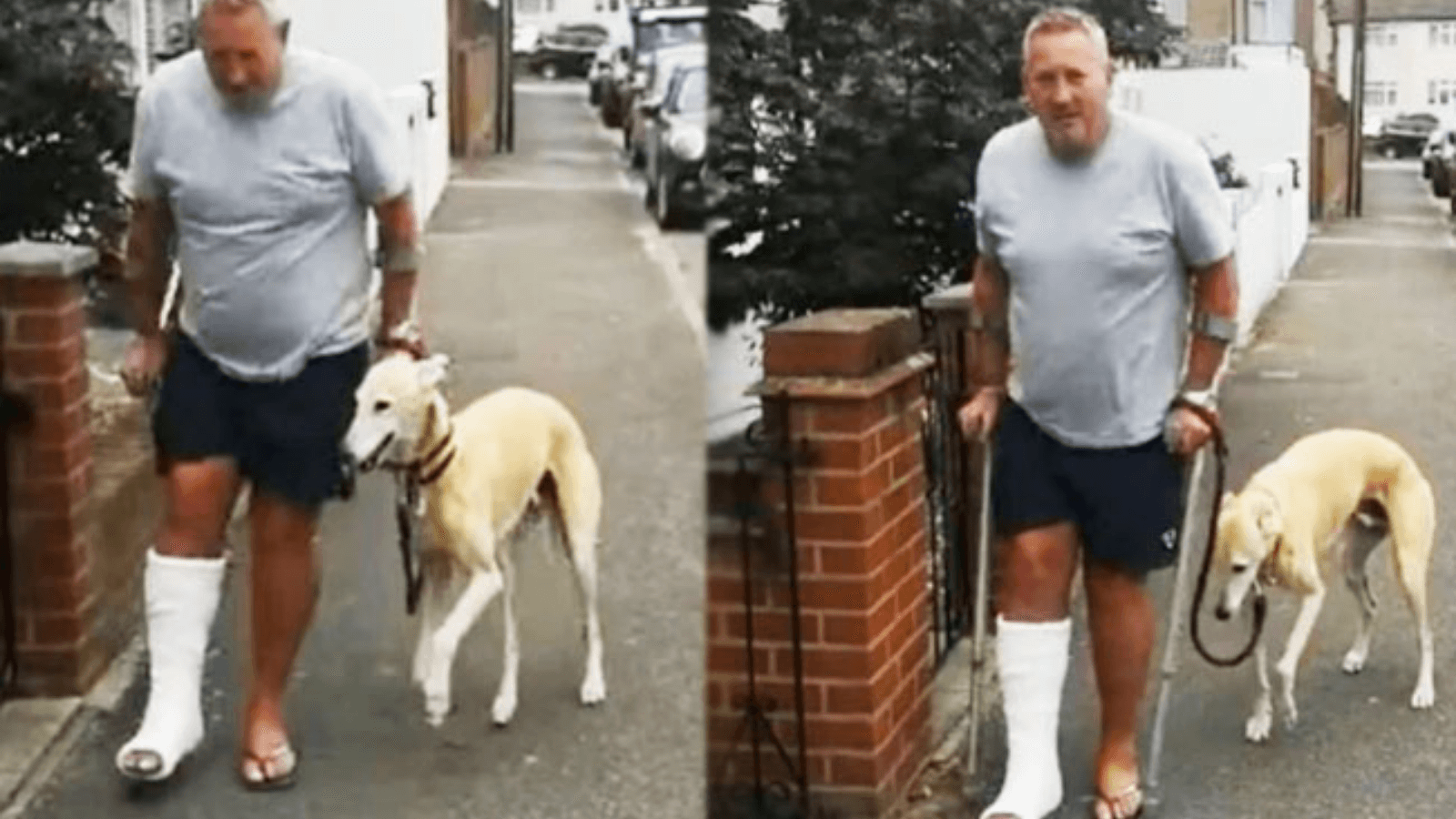 It’s always very concerning when our pets seem sick or injured. You want to make sure they’re okay, and get them to the vet as soon as possible.

But while one man worried about his dog, he discovered it was the dog who was more concerned about him — and what appeared to be an injury turned out to just be his kind pet’s way of showing solidarity with him.

Russell Jones, from London, broke his ankle last year and ended up in a cast and on crutches. But then something strange happened: his dog, an 8-year-old lurcher named Billy, suddenly started limping, too.

Russell came concerned something was wrong with the dog’s foot, and took Billy to the vet the next day. The appointment cost £300, or over $400 USD, and involved scans and x-rays… and yet, nothing seemed out of place.

“He walked in normally, and when he came out they said they couldn’t find anything wrong with him,” Russell told ITV.

Even more bizarrely, Billy started limping again when they got home. And then, Russell’s wife Michelle caught the dog sprinting around the garden while Russell was not around.

They then pieced together the truth: that Billy was only faking a limp around Russell out of sympathy for him while he was on crutches!

It’s a remarkable show of empathy for a dog, a reminder of just how thoughtful and caring they could be. When his owner couldn’t get around like normal, Billy decided to “limp” in solidarity.

Russell recently posted a video of Billy limping alongside him, explaining the situation, and adding that he “loves” his dog — even though he cost him hundreds of dollars in pointless medical expenses.

The video has now gone viral. While some people joked that the dog was a “con artist,” most people thought it was a heartwarming gesture.

While he might rack up the medical bills, Billy is just the kind of loving dog you want to have by your side! 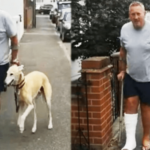