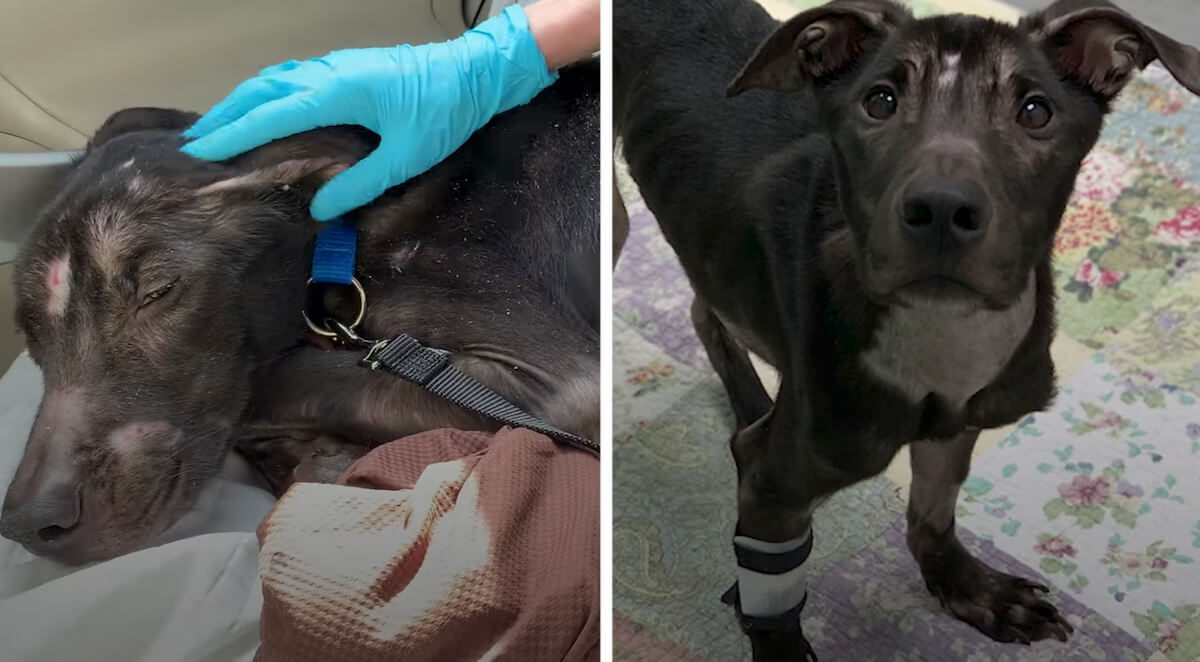 A couple of girls were out and about when they came across the last thing they expected to find. There underneath of the Williamsburg bridge was a skeleton of a dog who was not moving. To imagine the horror he must’ve gone through in life to end up in this predicament is just sickening. The girls knew they had to help and got a cart with some blankets.

They transported the dog over to the Animal Haven shelter in New York where the pup seemed to understand they were trying to help him. Timmie was so willing and trusting despite the way he was neglected in his past, and when they got him into the building, he stood and walked around a little bit! A huge surprise considering just how skinny he was.

They gave Timmie a little bit of food and rushed him to the emergency vet where he would stay for 36 days. He put on some weight little by little until he was healthy enough to be fostered. And that’s where Allison stepped into the picture!

She never intended on keeping Timmie, but the two connected immediately in a way that very few do. He never left her side, and it started heading toward the inevitable “foster failure”! You’ll want to see how good this boy looks now with his new mama in the video below. 🙂