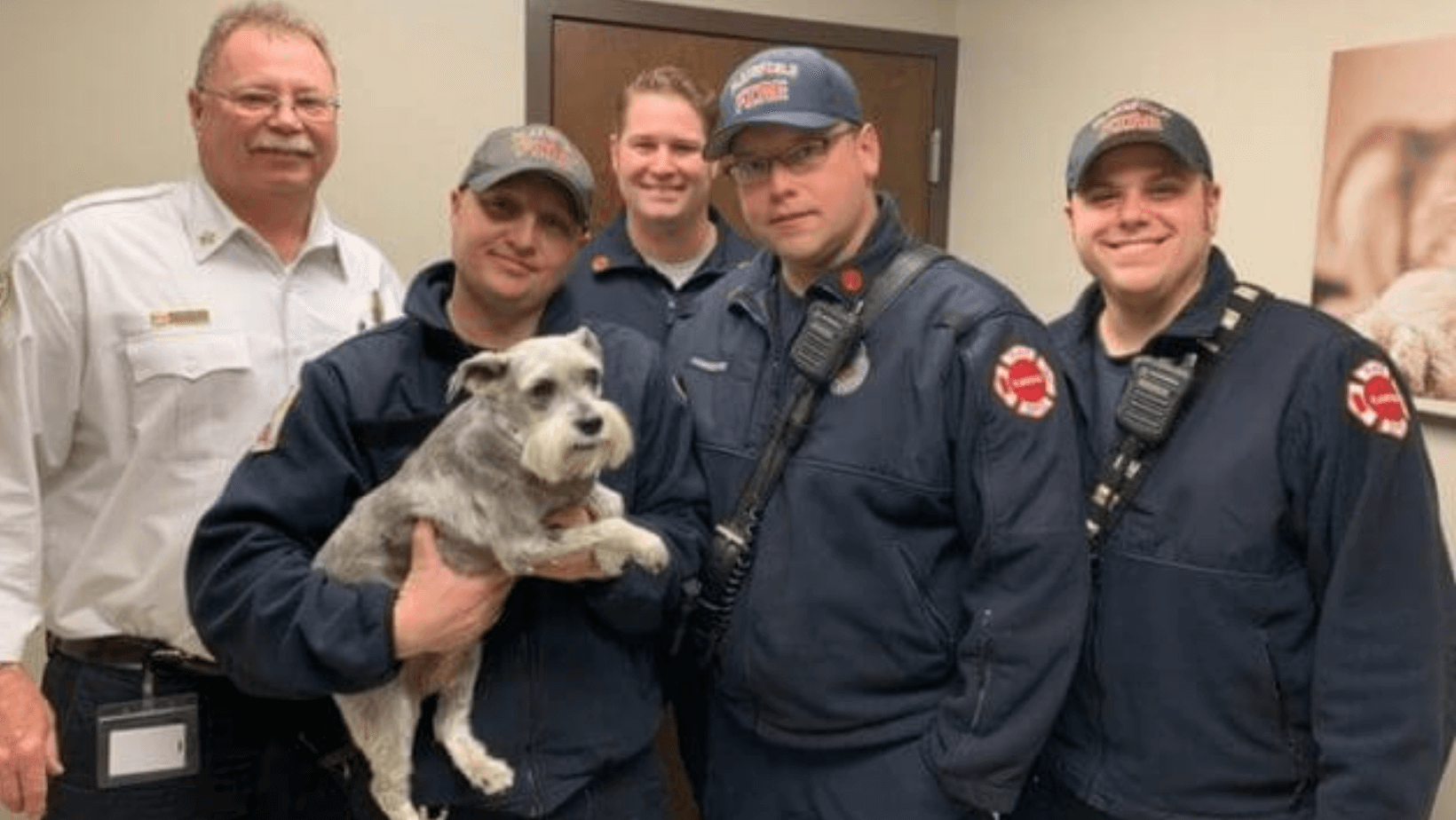 Days before Thanksgiving, firefighters in Plainville, Illinois responded to a rollover crash involving a tractor-trailer. The driver died on impact, but rescuers heard someone – or something – inside the vehicle.

It was a dog barking! Firefighter/paramedic Mike Walden and Lt. Brandon Vainowski began searching the wreckage and emerged with a little gray Schnauzer.

Fire Chief Jon Stratton contacted the Animal Care Center of Plainfield and brought the dog in to be checked out. It turned out she had been hit by a car and attacked by another dog before the crash even took place.

“This dog’s been through hell,” Stratton told the Plainfield Patch. “Imagine this little dog being in the semi when it rolled over … I (told the vet), ‘Do what you gotta do.’”

After identifying the deceased driver, authorities reached out to relatives, but they were unwilling or unable to care for the dog, identified as Sophie.

Now the firefighters had a decision to make: turn Sophie over to a shelter or help her find a home themselves. The men decided to see her rescue through to the end.

They called the Animal Care Center every day as Sophie recovered from her injuries under the care of veterinarian, Dr. Josie Arkush. The guys even stopped by to visit when they could.

Sophie suffered an injured leg that Dr. Arkush fit with an orthotic boot. Other than that, she was ready to be released – but who would take care of her over Thanksgiving?

“Our big concern is we didn’t want Sophie sitting at the vet over the holiday,” Stratton said.

It turned out little Sophie had grown on her caregiver, Dr. Arkush. The veterinarian contacted her husband and together they determined that Sophie should spend Thanksgiving with them. In fact, they decided to make her a permanent member of the family!

Dr. Arkush believes Sophie is about 7 or 8 years old, but she still has plenty of love to give.

“Sophie is adjusting amazingly well to her new life,” Dr. Arkush wrote in a Facebook update. “She is a sweet little thing who took to Spencer, Theo and Trudy right away. She loves car rides, the Starbucks drive thru, and to chase her cat friend, Sister, who is now sharing opposite sides of the couch with her. Yes, we broke the “no dogs on the couch” rule.”

Sophie’s friends at the firehouse brought over a box of her things after the family cleaned out her former owner’s home. It included her blankets, toys, treats, bones, medical records, parasite prevention, and a framed photo of the deceased man holding Sophie.

“She was very well taken care of, and she shared a very special bond with her owner,” Dr. Arkush wrote. “Sophie’s new life is going to be WAY different than her old one, but I’m sure she will grow to love us the way she did her dad. Welcome to your new home, Sophie.“ 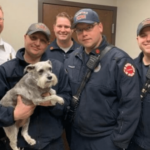