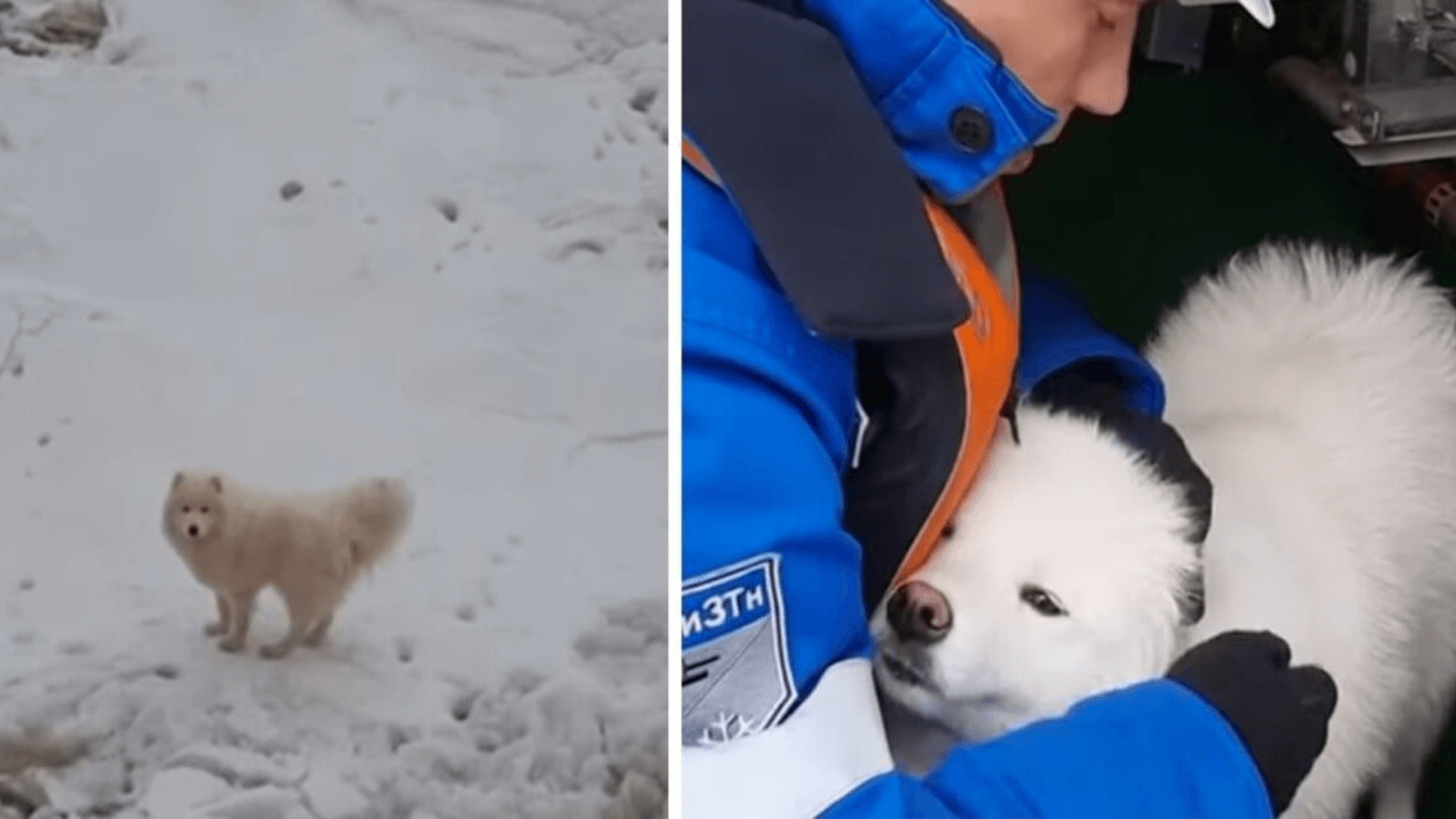 Aika the Samoyed might have a fluffy coat, but it can only protect her from the frigid Arctic ice for so long. A crew on a Russian icebreaker ship spotted the dog wandering the ice all alone. A ship could’ve easily hurt the pup without noticing, so the crew stopped to bring the canine to safety.

Video footage showed the dog approach the ship. Despite spending so much time alone in the icy wilderness, she seemed happy and optimistic. If she had spent any more time on that ice, she probably wouldn’t have made it. The boat’s crew saved her life!

Alone on the Ice

Aika had wandered away from her home village and onto the ice. The ice beneath her cracked and drifted away, leaving the pup with no way to return home. She was alone for over a week, but then Russian sailors spotted her. In an attempt to save her, they lowered the ladder on their ship and coaxed her up.

“We investigated all options for lifting the animal from the ice, and placed a ceremonial ladder which the dog used to get on board,” captain’s assistant Yevgeny Nagibin said.

The sailors had been on their way to an oil terminal in the Gulf of Ob, but this detour was well worth it. Video footage shows the dog wagging her tail and cuddling with her rescuers. She seemed healthy and unfazed by the whole experience.

Svetlana Chereshneva, Aika’s human and a resident of Mys Kamenny, said she feared that Aika wouldn’t return home. The pup usually sticks by her family very closely, so Chereshneva is unsure how she wandered away. While Aika seemed in good shape to others, Chereshneva could tell that the dog wasn’t herself after this traumatic experience.

“When they showed me the video, I did not recognize her at first. She looked so unhappy, all covered with ice, and she did not walk well because she had pricked her little paws on the sharp ice,” said Chereshneva.

Since then, Aika’s wounds have been treated and she is walking well again. Now that she is home with the humans who love her, she has been more cheerful and optimistic.

It’s rare for a dog to survive that long in extreme weather conditions. The owner of the ship who rescued her said that if she hadn’t gotten help from the boat, she never would’ve made it back to shore because the drifting ice was continuing to crack even further. Yet, Aika’s determination and endurance kept her going until help arrived. Thanks to the crew, she and her family are together again! 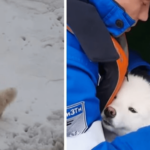