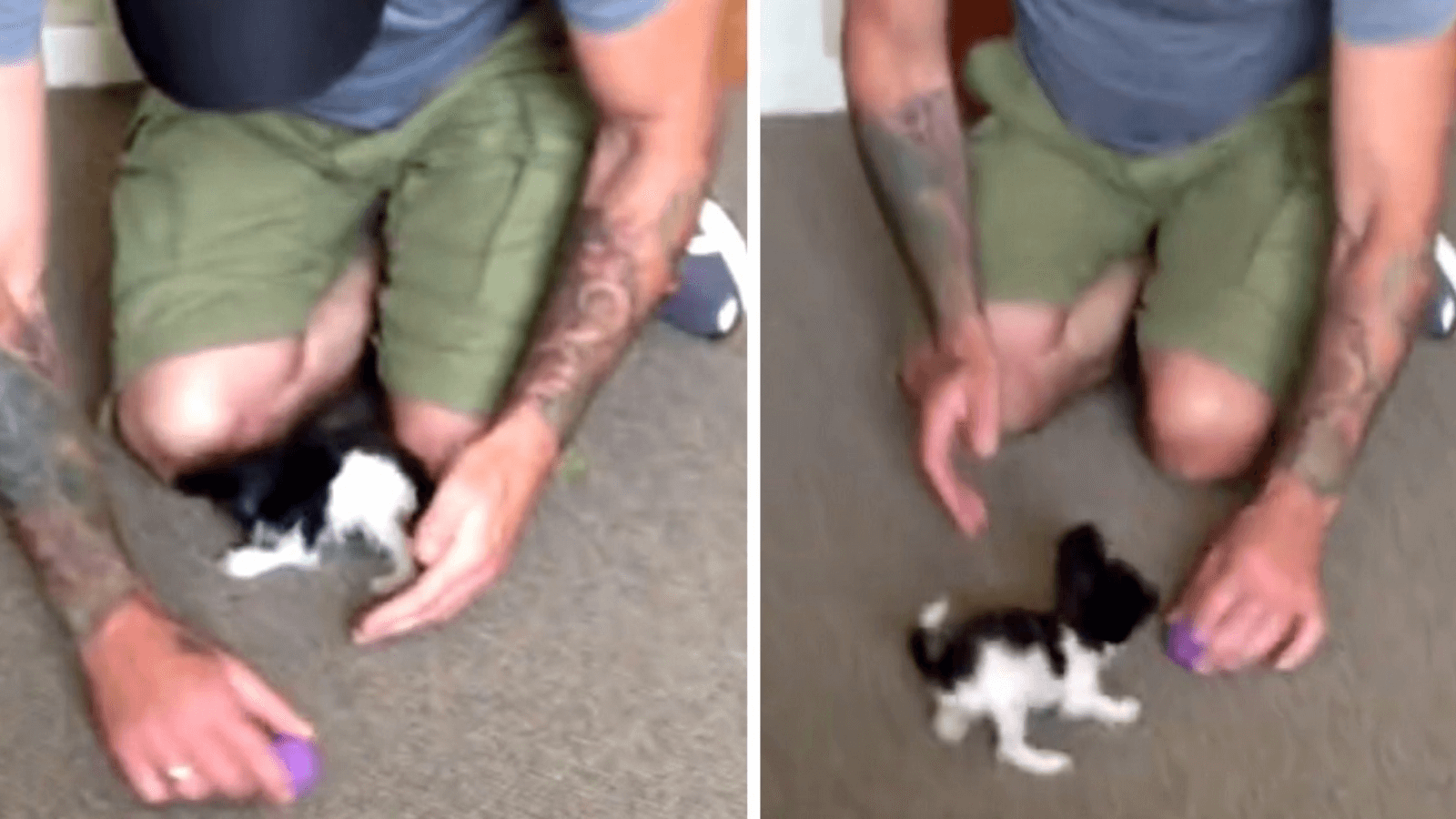 A Toy Poodle named “Hope” was less than 2 ounces when she was born under the supervision of K911 Animal Ambulance in Quebec, Canada. Rodney Mclean, who runs this pet ambulance service, was heartbroken when the vets informed him that Hope has dwarfism and wouldn’t survive past 48 hours.

However, Hope has turned out to be one miraculous little fighter! Not only did she survive her initial unstable health, she has also started growing up. At 4 months, Hope has blossomed into a charming little puppy who weighs 11 ounces. If she is lucky, she can weigh up to 13 ounces as an adult dog!

In this video, Rodney tells us how he has been taking care of Hope with a special regime. The wee girl has no idea that she’s not a normal dog and simply wants to play and frolic around all day. For her safety, Rodney puts her in an enclosure and takes her out at timely intervals to let her play with her tinkling ball.

We can see that despite her miniscule size, Hope is high on spirit and has the biggest personality. We commend Rodney for handling this adorably sweet miracle so well. Hope is a complete stunner and has now been recognized as the smallest dog in the world! We wish her good health and a lifetime of happiness!

Click the video below to watch Hope’s incredibly heart-melting personality as she plays with her dad! 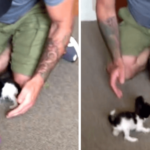