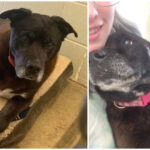 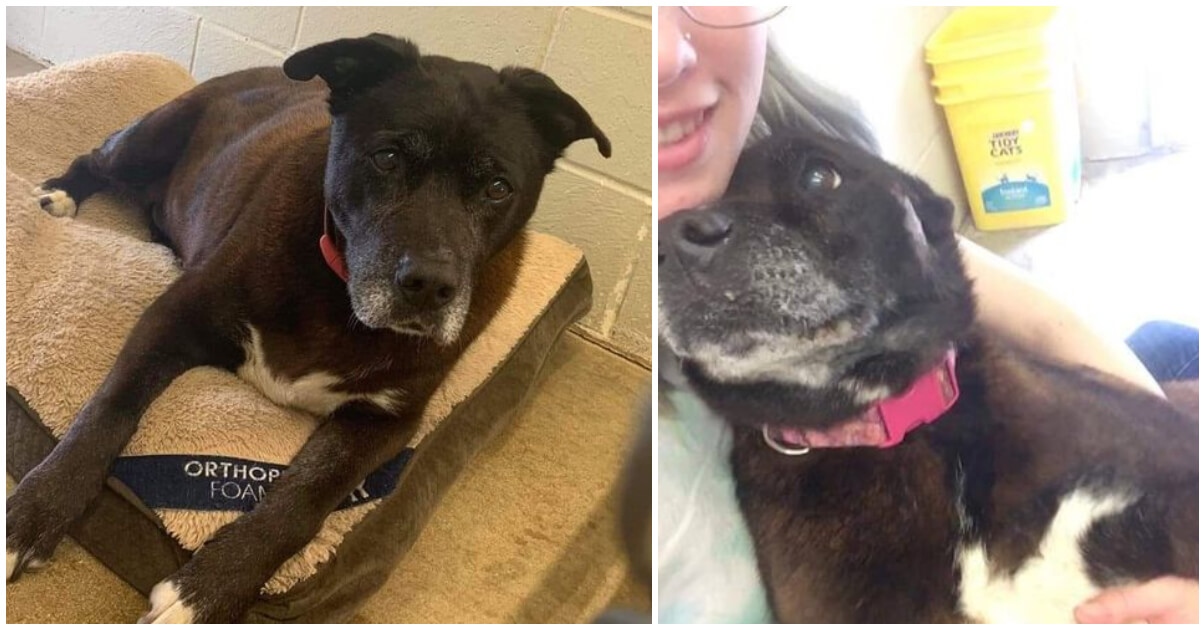 There are so many dogs in shelters waiting for their forever homes, but sadly it takes some a long time to get adopted.

Making things worse, senior dogs are less likely to get adopted, so the longer they wait the less likely a happy ending seems.
poster

But thankfully, a lifetime in the shelter is finally over for one old dog, who has finally, miraculously, found a home of her own.

Wiggles is a 14-year-old dog who has spent most of her life at 5A’s Animal Shelter in Godfrey, Illinois. According to WZZM13, Wiggles was surrendered to the shelter as a 3-year-old puppy in 2010 because her owner was allergic.

The shelter tried to find Wiggles a new home, but everyone passed her by. “Wiggles has been with us many years and has never gotten a second look,” the shelter wrote on Facebook.

Time went on, and things only became more difficult. In 2016, Wiggles developed a large tumor. It was benign, but Wiggles was too old to have it safely surgically removed… and it turned out to be another factor keeping her from finding a family.

“We’ve had several calls but the minute I tell him that tumor is the size of a cantaloupe they’re like, ‘Oh my,’” Karla Crane, a kennel worker at 5A’s, told WZZM.

Wiggles also isn’t great with other dogs, which limited possible homes for her. But the shelter knew there was a family out there who would love her the way she is.

The described her as a loving dog who loves to sit on laps, one who was just looking for a home “to live the rest of days in.”

“She’s a sweetheart and she’s a happy girl,” Karla said.

As Wiggles turned 14, the shelter made another push to finally get her the home she deserved, sharing her story on social media.

Finally, all their hard work paid off: one couple from Lake St. Louis, Missouri saw a story about Wiggles… and soon drove down to 5A’s looking to adopt her.

“The couple had dogs that passed away with cancer and thought it was time to adopt again,” Karla told RiverBender.com. “They have a big fenced-in yard and a nice neighborhood. They came in Sunday afternoon. This seems perfect for Wiggles.”

Karla says she’s since been in contact with the couple and says Wiggles is “doing well,” adjusting to her new home and isn’t barking at other dogs.

It’s a bittersweet moment for everyone at the shelter: the kennels seem empty without Wiggles there after all this time, but they’re thrilled she’s finally got the happy ending she deserves.

“I cried tears of happiness at her adoption,” Karla said.

Congratulations, Wiggles, on your new home! You deserve it!

All dogs deserve to be adopted, even the older ones that people pass by. Share this story if you agree!