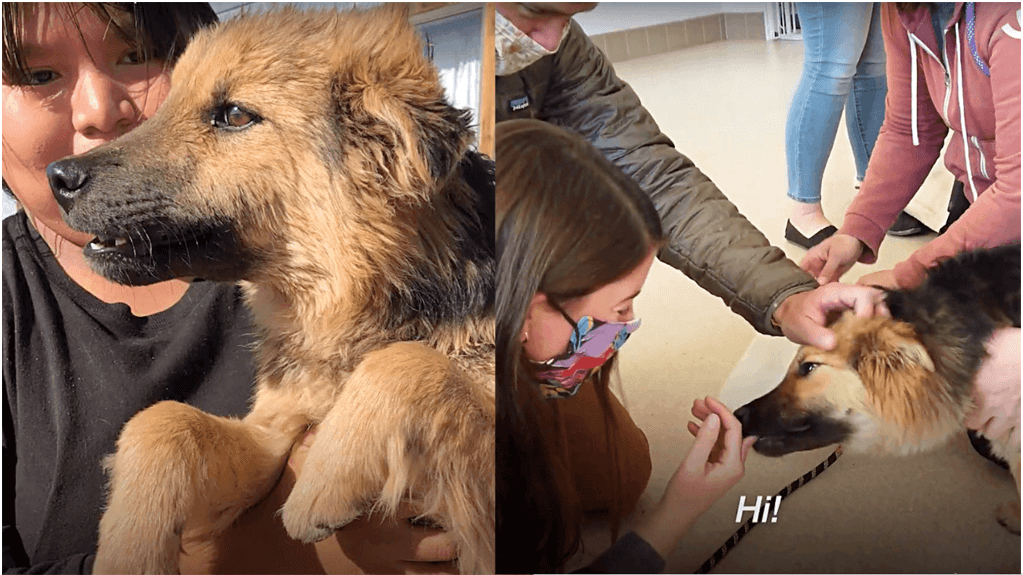 This puppy named Reuben was brought to the Best Friends Animal Sanctuary after a family found him running on the Navajo Nation reservation, in desperate need of care.

The first thing rescuers did was give him a much-needed bath and medical exam.

Things would only go up from here. Reuben was soon given his own play area, soft blankets, and lots of toys, things he has probably never had before.

Reuben was given a clean bill of health and underwent a successful neuter surgery. It was now time for him to find a forever home!

Less than a week after arriving at the sanctuary, Reuben had already found loving new parents, Krystina and Jason, who welcomed him into their home!

Krystina and Jason have followed Best Friends for a while now and have been wanting to add a new pup to their family, so they felt this was meant to be.

They arrived at the shelter to pick Reuben up, and he greeted them with tail wags. They hit it off right away, and it’s obvious that they are a perfect match!

Watch Reuben’s story in the video below:

Dog Walks Over To Other Dogs In Daycare And Starts Petting Them Out Of The Blue
Shelter Dog Swaps Places With Executive Director For A Day & Finds Perfect Home
mohammedltc
Related Posts
0 2 0 October 17, 2021
0 2 0 October 16, 2021 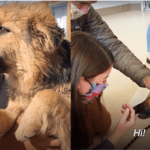