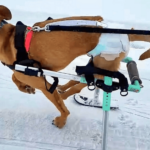 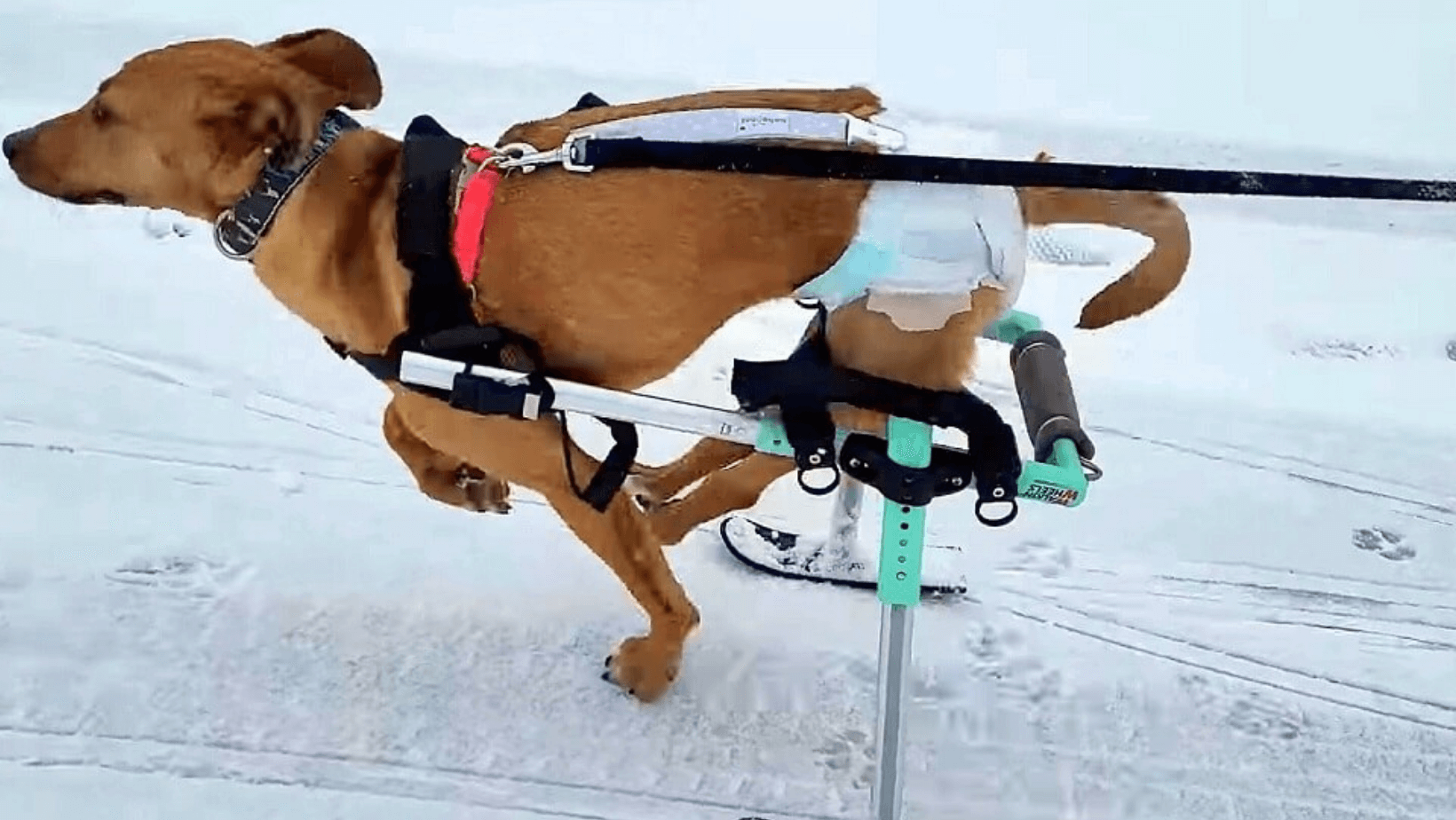 Courage the Hound mix puppy was in dire straits after surviving a cruelty attack from a rotten human. A man ruthlessly kicked her off a porch, which severed her spine and left her permanently paralyzed from the back. While Courage had no will to keep fighting, a Rhode Island rescue named “Friends Of Homeless Animals” took her in.

Once Courage received the medical care she needed, she surprised everyone by bouncing back to life! Becky Paniccia came forward to foster her and help her get acclimated to life as a special needs pet. Courage not only flourished in foster care, but also rediscovered her independence with her help of her wheelchair!

Despite her wrecking past, Courage had a grudge-free heart and an extremely affectionate personality. When the rescue saw her love for the frolicking about in the snow, they fitted her with special skis. Once she was proficient with those, there was no stopping her from being a skiing star!

Courage feels alive every time she skis. Her disability never stopped her from having a good time, but many didn’t see it that way. No one wanted to adopt her, mostly because she is incontinent and has to be on diapers 24/7. Sadly, that’s a bitter reminder of abuse she’ll carry forever.

But with the rescue’s earnest efforts, Courage finally found her true forever home that she deserves! She’s now receiving all the love, respect and care that she never got in her painful life. We hope she gets to live a long and happy life! Go Courage!!

Click the video below to watch Courage overcoming her disability and conquering the snow with her skis!