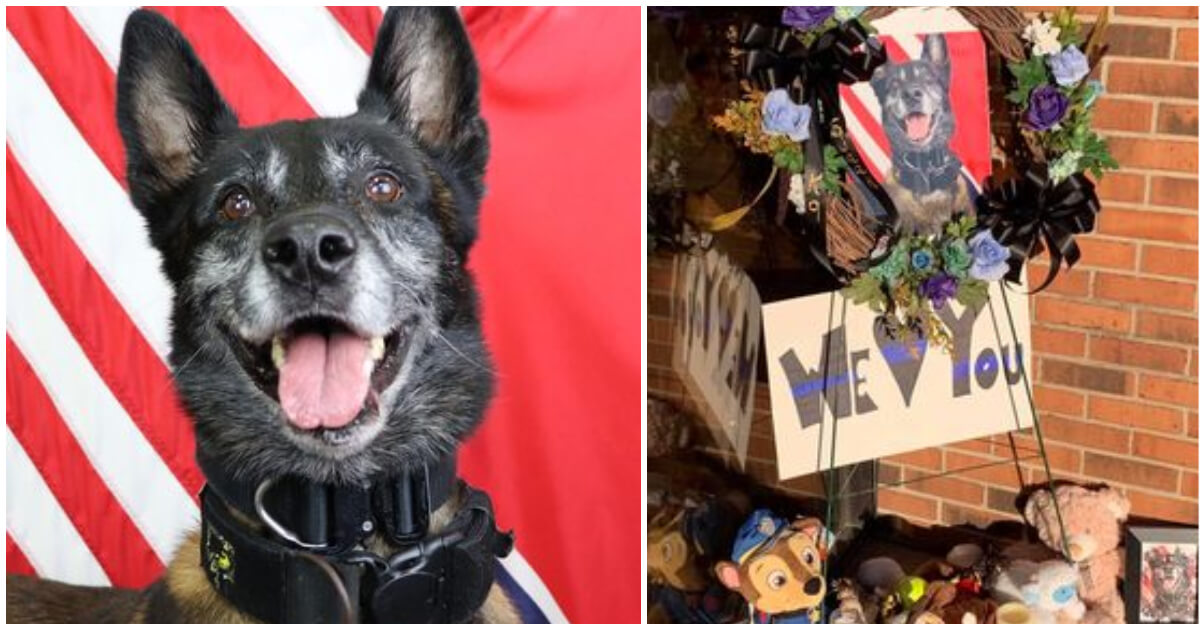 K9 dogs are an invaluable part of any police department. They do incredible work, including tracking down missing people, catching criminals and supporting their local communities.

And just like any other police officer, they put their lives at risk every day on the job, and sadly sometimes they are killed in the line of duty.

Now, one Tennessee police department is mourning the loss of one of their finest.

Sjaak—pronounced like “Jaques”—was a Belgian Malinois dog who became a member of the LA Vergne Police Department in 2014.

On Tuesday, Sjaak was on duty with his handler, Officer Justin Darby, when a man began firing at their patrol car.

After a pursuit of the suspect, officers exchanged fire with the shooter. The suspect, later identified as 39-year-old Jovan Brice, was found with a fatal gunshot wound after driving off, and was declared dead at the hospital.

Sadly, Sjaak was also critically injured by the shooter, and was rushed to the hospital for an emergency surgery.

“We’re all praying for Sjaak and Officer Darby,” Interim Chief Chip Davis said in a statement. “A K9 is more than just a dog to our handlers, they’re a partner.”

Sadly, Sjaak did not survive the surgery, and passed away on Wednesday.

The news devastated the department. Sjaak was more than a dog, he was someone who served with them as a partner for six years.

“This is a difficult time for not only Officer Darby and his family, but for our entire department,” Chief Davis said. “Sjaak, and the other K9s, are a part of our family. We appreciate everyone who has taken time to reach out to our department in one way or another to offer their prayers and condolences.”

Sjaak will be buried with full honors, with a memorial service planned sometime in the future.

And yesterday, the officers lined up for a procession as Sjaak was escorted to Faithful Friends Pet Memorial Services, honoring him with “a final ride through the city that he’s served dutifully since 2014.”

Members of the community set up a memorial outside the department with flowers, signs and stuffed animals.

Rest in peace, Sjaak. Thank you for your service — you were a true hero.

Spread the word about this story to pay your respects to this dog who lost his life far too soon.