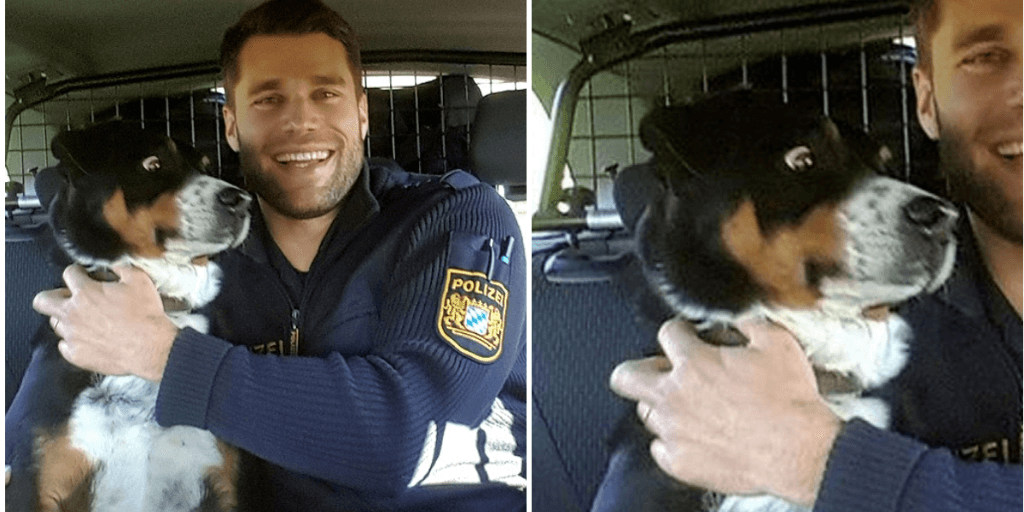 It’s never a good feeling to be taken in by the police — even if you’re a dog.

While police officers often serve their communities by helping to find missing dogs and reuniting them with their owners, the dogs aren’t always thrilled to be on the wrong side of the law.

Just look at one loose dog’s hilarious reaction when police officers found him and made an “arrest”!

Police officers from the Polizei Mittelfranken in Germany got a call about a stray dog walking around the road. The dog had been restrained by cyclists, and the officers showed up and took the dog into their patrol car.

While sometimes dogs are grateful to be rescued, this dog apparently knew he had been “busted” by the cops.

So, he made a face that most of us would make if we suddenly ended up in the back of a police car—a face that screams, “uh oh.”

And the officers clearly got a big laugh at the reaction of this runaway.

“The dog’s look is priceless,” they wrote on Facebook. “The animal’s look gives an idea of its thoughts.”

While the dog might look worried—no doubt thinking he was headed to jail—he was in the best of hands.

According to their Facebook post, the officers asked around a local village and were able to locate the dog’s owners, returning him safely to his home.

Looks like his days on the lam are over.

Thank you to these officers for getting this dog home safe — and for giving us a laugh with this hilarious photo!