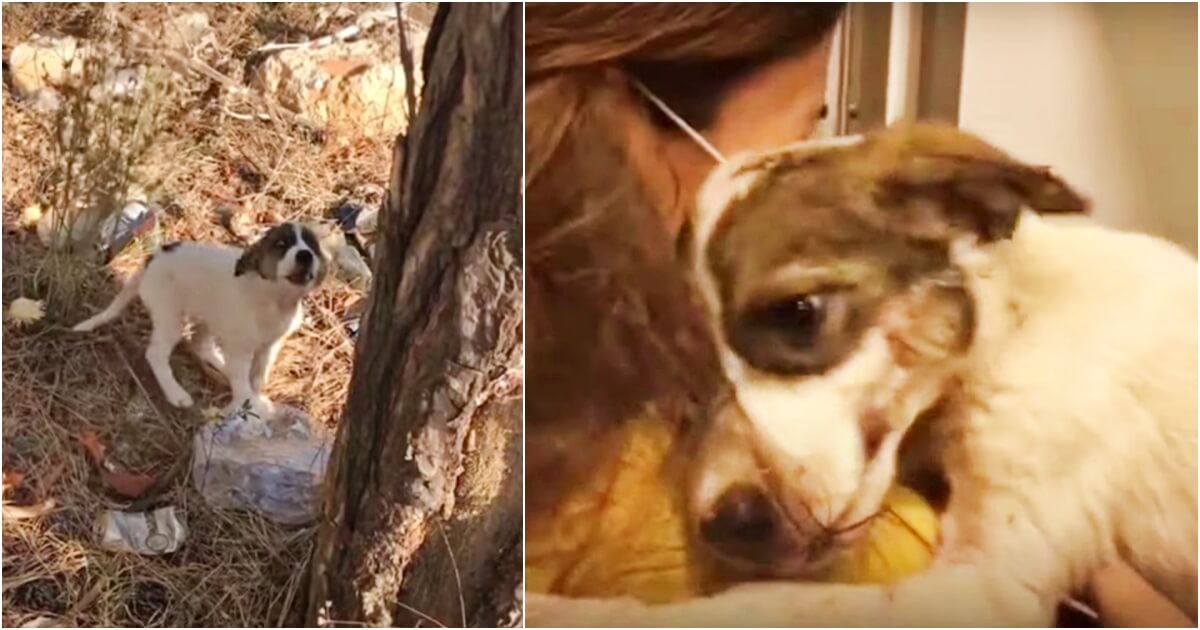 A puppy this young should be loved and well-cared for. In fact, all animals deserve just that! But sadly, when a puppy, named Zarife, sustained an injury, her cruel owner threw her into the woods. Zarife’s owner didn’t care whether she survived or not. Zarife cried as loudly as she could, hoping someone would hear her.

A Good Samaritan heard the pup and made a call to a local rescue. They came as soon as they could. The puppy was distraught. She wagged her tail, happy someone was finally going to help her, but her pain was certainly overwhelming. They put the pup into the car and headed straight to the vet clinic.

The vet confirmed that Zarife had giardia which they would treat at once. However, she was also covered in wounds that were infected. She needed pain medication and antibiotics. The poor baby whimpered every time they tried to touch her painful skin. Additional tests came back and concluded she was also malnourished and anemic. This meant she was never fed properly in the first place and was on her own in the woods for quite some time.

Despite all this poor puppy had been through, she continued to shower her new human friends with kisses, hugs, and tails wags. Her spirit is strong and she was already proving to be quite the puppy warrior! Her rescuers say in the video below, “No doubt about it, her previous humans failed her.” And that just breaks our hearts. She’s safe now but the fact that she had to suffer in the first place is NOT OKAY!

The little one is making tremendous strides. Within a week, she’s feeling so much better. When one of the rescuers opens the door to her kennel, she thanks her human friend with the sweetest puppy hug. Even though she’s a dog, and some may argue dogs do not feel as we do, she has such emotional depth. That beautiful hug says it all!

The sweet pup continues to get stronger by the day! She doesn’t have a forever home yet but her rescuers are going to make sure she finds the perfect family. Can we send Zarife our prayers and well-wishes? She deserves it! To see her full rescue, check out the video below. We are so grateful Zarife is safe and sound!