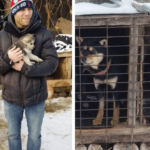 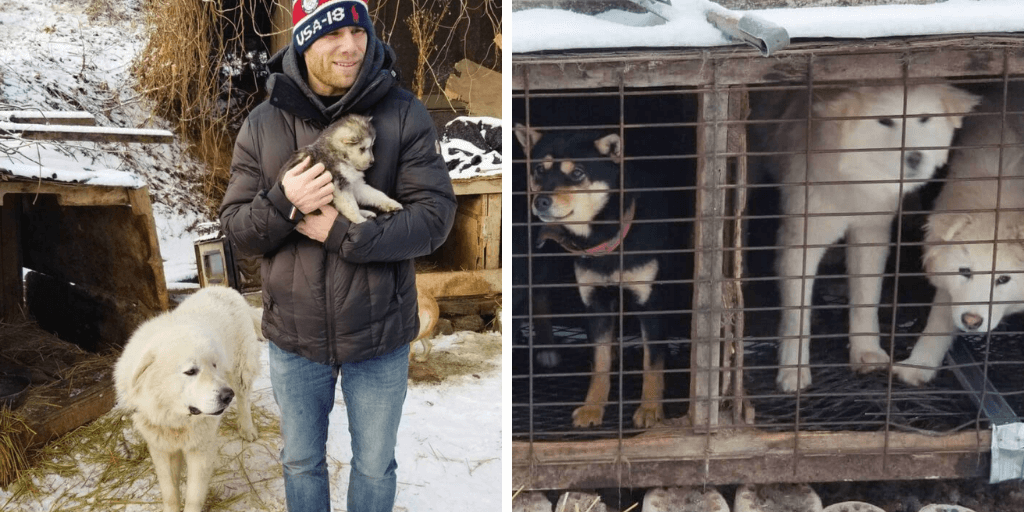 The freestyle skier Gus Kenworthy might go down in the history books as an Olympic-medal winning athlete, but that definitely isn’t the only accomplishment he should be praised for.

At the moment, he’s heavily preparing for the 2022 Winter Olympics.

After the last Winter Olympics, though, he came home with something far more valuable than a medal.

Gus Kenworthy competed in the 2014 Olympics in Russia and brought the silver medal to the United States with his great performance. Four years later, he decided to show off his skiing skills in the Pyeongchang Winter Olympics in South-Korea.

While the experience was great and the country definitely beautiful, there were also parts about his trip that absolutely broke his heart.

He witnessed horrible animal abuse at a dog meat farm, and it was absolutely heart-wrenching for the animal lover.

Dog meat for human consumption isn’t uncommon in some parts of the country, and it’s estimated that there are currently more than 17,000 dog farms in South-Korea, housing over 2.5 million dogs who are bred purely for food.

While eating dogs is something that the majority of the world doesn’t agree on, Gus also feels like it isn’t his place to judge a country’s culture.

However, the way animals are being treated for it, is a completely different story.

“This morning Matt and I had a heart-wrenching visit to one of the 17,000 dog farms here in South Korea. Across the country there are 2.5 million dogs being raised for food in some of the most disturbing conditions imaginable. Yes, there is an argument to be made that eating dogs is a part of Korean culture. And, while don’t personally agree with it, I do agree that it’s not my place to impose western ideals on the people here. The way these animals are being treated, however, is completely inhumane and culture should never be a scapegoat for cruelty,” he posted on Instagram along with a saved puppy and his boyfriend Matt.

They visited one of the farms in the city which, apparently, was one of the ‘better’ farms out there. However, the way these animals were treated was just heartbreaking.

The ‘caretakers’ physically abused them regularly and you could tell that they were absolutely malnourished. The poor dogs were also packed together in pens, barely having room to even walk around.

They weren’t even protected from the harsh weather conditions – and the climate over there can be quite extreme on both ends of the weather-spectrum.

When a dog is scheduled to be slaughtered, they undergo an absolutely disgusting process without sedation.

“When it comes time to put one down it is done so in front of the other dogs by means of electrocution sometimes taking up to 20 agonizing minutes.”

Gus announced that with the help of the Humane Society International, this particular farm has been shut down permanently.

Apparently, this particular farmer realized the “error of his ways” and assisted to shut it down.

Aside from this dog meat farm closing, Gus and Matt also did their best to help out some of the affected four-footers.

No less than 90 of the abused dogs were sent to the United States and Canada in search of a loving forever home. In any case – their lives were about to become a whole lot better.

The Olympic medalist even adopted one of them and promised to “give her the best life possible.”

The man wants to raise awareness of the widespread animal abuse, but also for all of the dogs out there that are looking for a forever home where they can feel safe.

“I’m hoping to use this visit as an opportunity to raise awareness to the inhumanity of the dog meat trade and the plight of dogs everywhere, including back home in the US where millions of dogs are in need of loving homes! #dogsarefriendsnotfood“

Some things are a lot better than getting an Olympic medal – this is absolutely one of them.