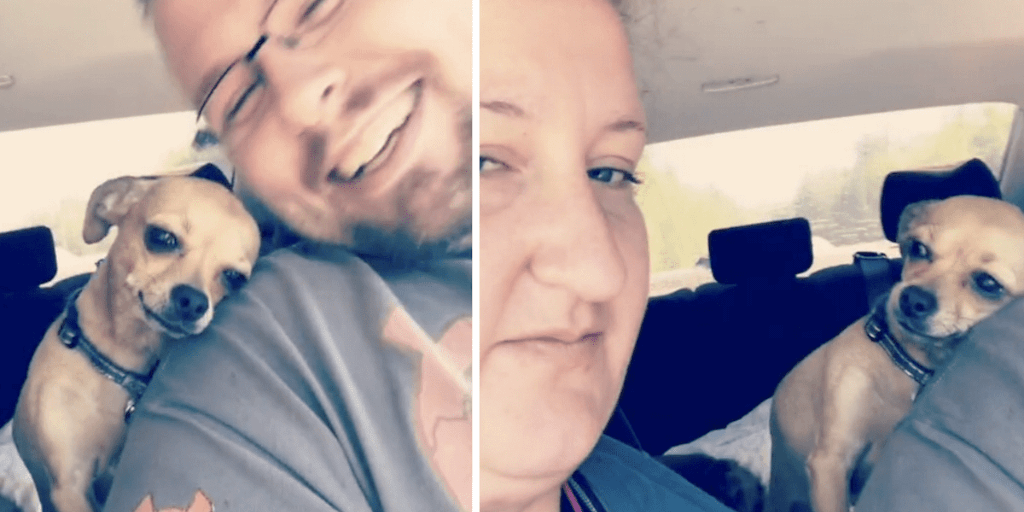 Nathan and Alicia McNeese have a perfect, loving marriage. Yet, there’s one thing that often comes between them: their cuddly Chihuahua named Bristol. Nathan is Bristol’s favorite human, and she’s not afraid to show it.

Bristol often snuggles up to her human dad to show off their close bond. It’s almost as if she wants to make her mom jealous. But luckily, Alicia gets just as much of a kick out of it as everyone else. After all, Bristol is one silly pup!

Alicia said that Bristol fell in love with Nathan the moment she met him. The couple has at least two other dogs, but none of them are as obsessed with Nathan as the tiny Chihuahua is. Right away, she claimed him as her own. She made sure everyone knew it too.

“Her go-to person is my husband,” said Alicia. “The bond that they have is incredible.”

Every time Alicia tries to come in between Bristol and Nathan, the pup acts like a jealous girlfriend. She snuggles up right beside her dad and gives her mom a sassy glare. Alicia says it’s her “sorry Mom, he’s my man” look.

Bristol follows her dad everywhere, snuggles up on his shoulder, and even steals her mom’s spot in the bed. But Alicia is okay with it because she loves the little Chihuahua with all her heart.

In the video, Alicia tries to rest her head back on Nathan’s shoulder, but the pup is visibly jealous. So, Alicia lifts her head again, and sure enough, Bristol takes her spot once again. The Chihuahua wants to make it clear that Nathan belongs to her and only her. Instead of getting mad at the spoiled pup, Alicia can’t help but laugh.

Most dogs have a favorite person, and they love to show their affection. Bristol’s devotion might be a little bossier than other dogs, but it’s clear that she has good intentions. Of course, she loves her mom too, but her dad will always hold the most special place in her heart. 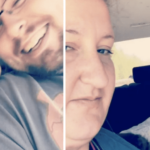