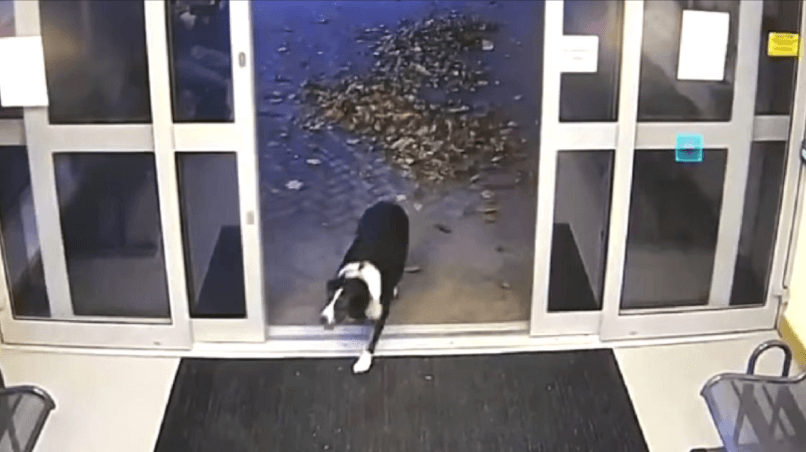 Nothing is scarier for the majority of dog parents than not knowing where their beloved pals are. Even well-behaved dogs have the potential to flee if they become frightened, and they could go away for some time. Rosie the Border Collie was rescued, and when she heard fireworks, she ran away, her family feared the worst. Rosie, fortunately, is a smart dog and knew just what to do in a crisis.

Rosie stopped jogging at the neighborhood police station rather than continuing as far as her legs would allow. She must have learned from her people since she knew to enter and “turn herself in.”

A Moment of Panic

Rosie was adopted from K9 Focus in England eight years ago. She often goes for walks with her humans, Steve and Julie Harper, and her canine sibling, Laser. She was always safe until one day when a firework went off and scared her, causing her to run away without thinking twice.

Julie said that Rosie was showing signs of stress while they were walking in Southfields Park, but she didn’t act out until she heard the firework.

“She went and stood with her dad, which she does when she is nervous, and then skedaddled [when the firework went off],” said Julie. “She pushed herself through a hedge.”

Steve and Julie were really upset because they couldn’t find Rosie anywhere. But luckily, their stress didn’t last long. By the time they got home, someone called them to alert them that Rosie was found!

Rosie Knows What to Do

The park is right next to a Leicestershire police station. Security cameras picked up footage of Rosie entering the police station through the automatic doors. After pacing for a few moments, she sat down next to the chairs in the waiting area as if to wait her turn. She seemed like she knew that she was in the right place to report herself missing.

“Our staff fetched some water for Rosie, and made fast friends with plenty of fuss,” Leicestershire Police wrote on Facebook. “Thankfully, she was wearing a collar, so a lead was available to contact Rosie’s owner, who was delighted she had been found safe and well.”

Rosie’s humans were relieved that the pup was only missing for a short time. They never taught her to visit the police station, so it’s incredible that she figured it out on her own. Rosie is one smart pup! 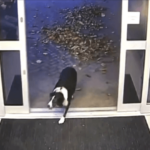