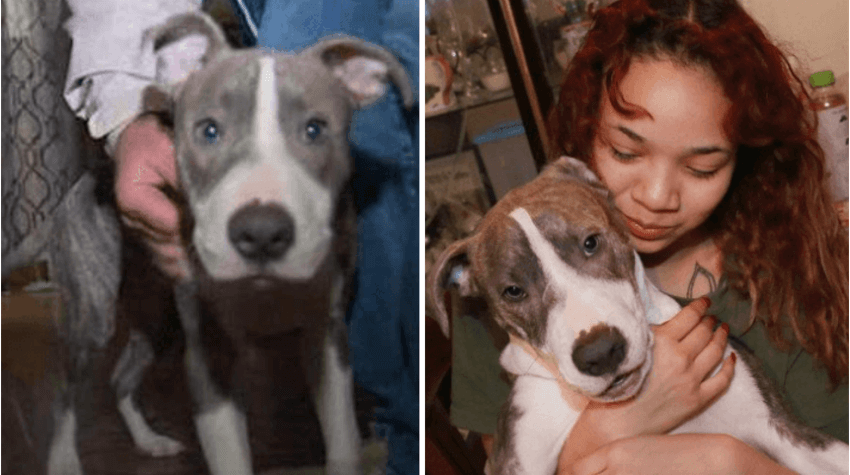 Brooklyn resident Sonia Valcarcel was originally against her son Carlos bringing home a puppy. She had no idea that the 5-month-old Pit Bull would prevent his girlfriend from enduring a brutal attack.

Apollo the puppy is credited with saving 18-year-old Maya Fairweather from a violent sexual assailant who intended to rape her and possibly take her life.

Around 10 P.M. on Monday Fairweather grabbed her headphones, snapped a leash on Apollo and set off for Red Hook Recreation Area Park. She turned Apollo loose to run off some pent-up puppy energy and watched as he romped through the park.

Suddenly, she felt someone grab her headphones and pull them off. Fairweather turned around smiling, expecting to see her boyfriend joking around. It was no joke. She found herself looking into the face of a menacing stranger.

The man grabbed her coat, using it to throw her to the ground. Fairweather squeezed her eyes closed, remembering that sexual predators are less likely to murder a victim who cannot identify them. As the man attempted to assault her, Apollo rushed to her aid.

Fairweather’s attacker did not notice that she was accompanied by a dog since Apollo was off-leash at the time. Unfortunately for him, he realized his mistake too late. Apollo clamped down on the man’s leg, allowing Fairweather to get to her feet and escape.

“Apollo helped me; he came and bit him in the leg…. I was able to run away. I ran across the street,”

When Apollo finally released him, the criminal fled and Fairweather was able to race back to her boyfriend’s apartment along with Apollo. She filed a police report, but as of now the attacker has not been apprehended.

“He was protective. I think it would’ve been a lot worse. I wouldn’t have been so lucky… He never bit anyone before. He’s usually very friendly and just jumps on everyone.”

Even Carlos’ mom has admitted that Apollo is a worthy addition to the family.

“The dog is a hero, he protected her. I’m sad she had to go through that, but at least, because of the dog, she was able to escape.” 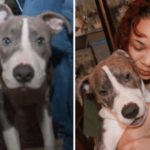