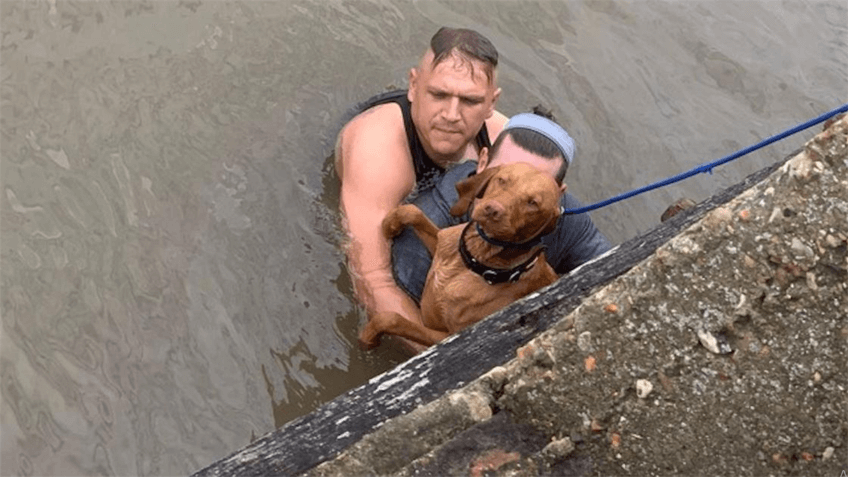 Ben Poole from the UK has been training almost his entire life to be a boxer. However, his skills were recently needed for a rescue mission that he never would’ve expected. He spotted a dog drowning along the Gorleston’s riverside. The pup’s owner had jumped in after the dog, but now both of them were unable to escape.

Without thinking twice, Poole jumped in after them. For a few moments, he was worried that he would drown too, but he didn’t give up. The rescue mission was an emotional event for everyone involved.

Poole spotted the man and his dog before a Legends boxing event occurring nearby. He said he heard a commotion, which made him think that a child had fallen in the water. But when he got closer, he saw the man and dog struggling to swim while their family watched in horror from the shore.

Boxing training gave Poole his “fight or flight” instinct. So, he ignored his fears and rushed to the rescue with no regrets. At that moment, he said he wasn’t thinking about himself. He was worried for the man, dog, and their family, especially when he saw a little girl bawling nearby.

“She is going to lose her dad, I had to help as he was in trouble,” Poole said. “He was trying to be calm for his family, but he was frightened and cold.”

Poole was in the water with the man for about three or four minutes, but he said he was already exhausted at that point. A passing pilot boat spotted people waving from the shore, so it came to pick up the two men and the dog. Once the man and dog made it onto dry land, the group of people watching applauded Poole’s bravery.

Boxer’s Instincts Save the Day

Poole is a father of seven, so he felt extra compelled to help because he related to the man. When he jumped in the water and held onto the man and his dog, Poole kept reassuring the victim that everything would be okay.

“He did thank me and said he should have known better but I said I would have done the same thing, that was why I was there with him,” said Poole.

It was Poole’s actions that ultimately saved the man and dog, but the boxer says he’s impressed with the man’s courage too. Not only did the man jump in after his family’s dog, but he was also able to stay afloat for a while before help arrived. Poole is in great shape for his boxing career, and even he admits that a few minutes of treading water was exhausting.

Poole encouraged the man to reach out to him once he was feeling better. He said he’d love to meet him properly and give him a warm embrace.

“To see him do that for his dog, I was really touched,” Poole said. 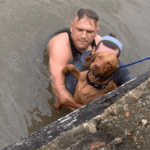