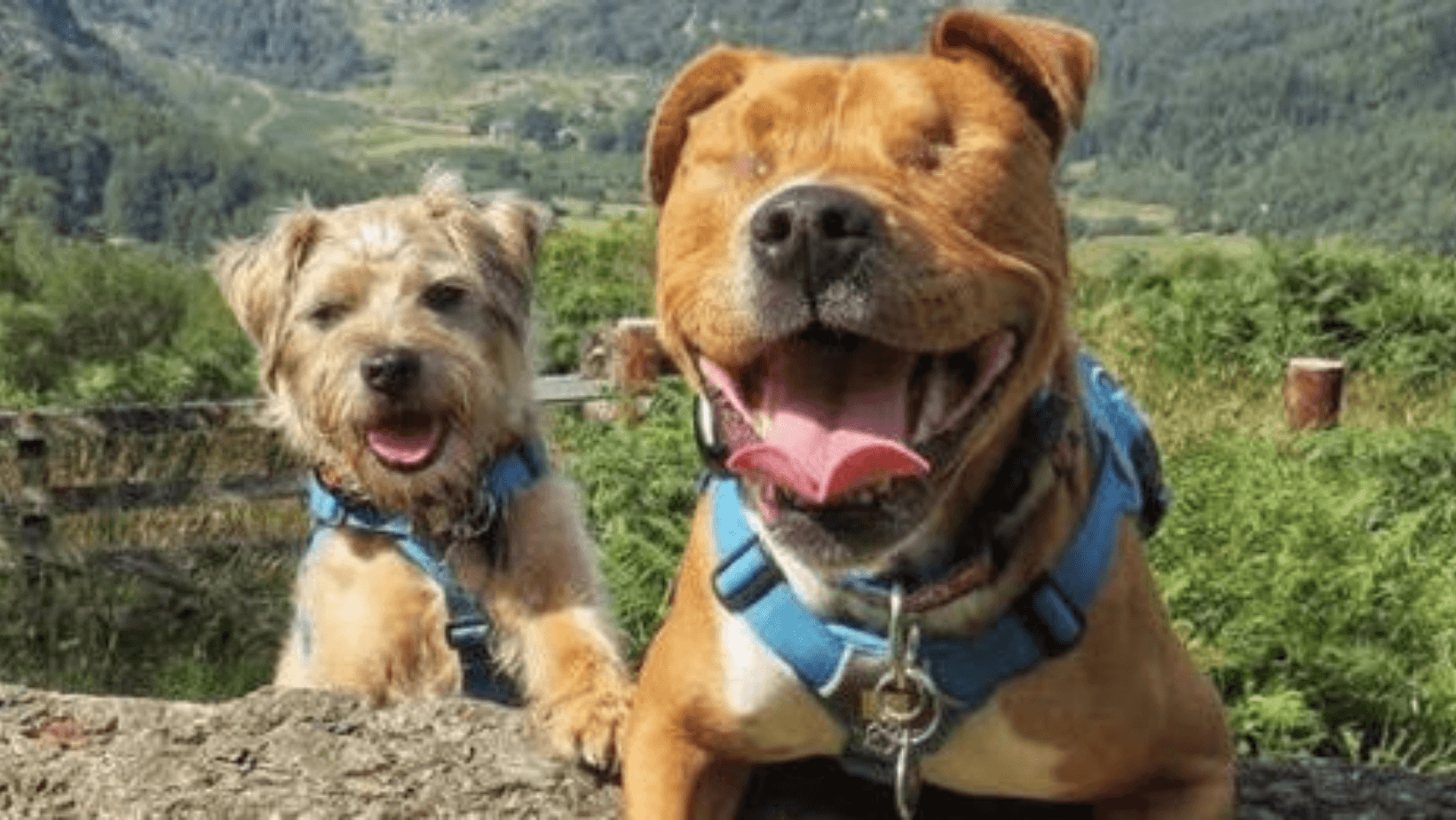 While volunteering at her local animal rescue center, Jess Martin fell in love with an adorable Staffordshire named Amos that was born blind. When she heard that he was having some trouble finding his forever family, she immediately opened up her home to the timid pup. What originally began as a temporary foster home for Amos, turned into the home that would forever change his life.

Jess was initially worried about how Toby, her 9-year-old terrier, would react to his foster brother. Toby was Jess’s very best friend. They have been on some incredible adventures together, and have formed a marvelous bond, so the thought of adding to their small family sounded a bit daunting. After a few days of uncertainty between Toby and Amos, their friendship bloomed.

Amos had never been in a home before Jess, as his whole life had been spent at a rescue center. Amos would bump into walls, become frightened by the sounds of the TV, and was even weary of the feeling of the carpet on his paws. Simple tasks, like finding the water bowl, were an immense challenge for the blind pup.

Toby was initially unsure of Amos, but Jess soon noticed something incredible. When she saw Amos struggling to find his water bowl, Toby would nudge him in the right direction. What first started out at the occasional helpful nudge, turned into Amos gaining his very own guide. Jess and her family knew that they had gained another beloved companion.

When Amos got a bit older, he was seen by an eye specialist. It was decided that his eyes most likely caused him daily pressure and pain, so it would be the kindest decision to remove the eyes. Soon after Amos underwent the surgery, Toby took on the role of his “unofficial guide dog.”

When Amos and Toby would first go on walks together, Amos was very uneasy. The surrounding noises would scare him, and he would need to take frequent breaks to lie down and gather himself. Toby would instantly lie down next to him, and wait with him until he was ready to carry on!

“They have developed a nice communication between them, and they know each other’s boundaries.”

Amos has mastered the art of hiking, but still has a lot to learn in the category of socialization and interacting with other dogs. Toby will often act as the middle man during these encounters since many dogs are put off by Amos due to his inability to communicate as a normal dog would. Jess and Toby are working together to improve his socialization skills every day!

Toby is truly the best guide and bodyguard that Amos could have ever asked for! In each other, they have found a forever friend. 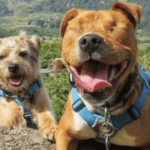