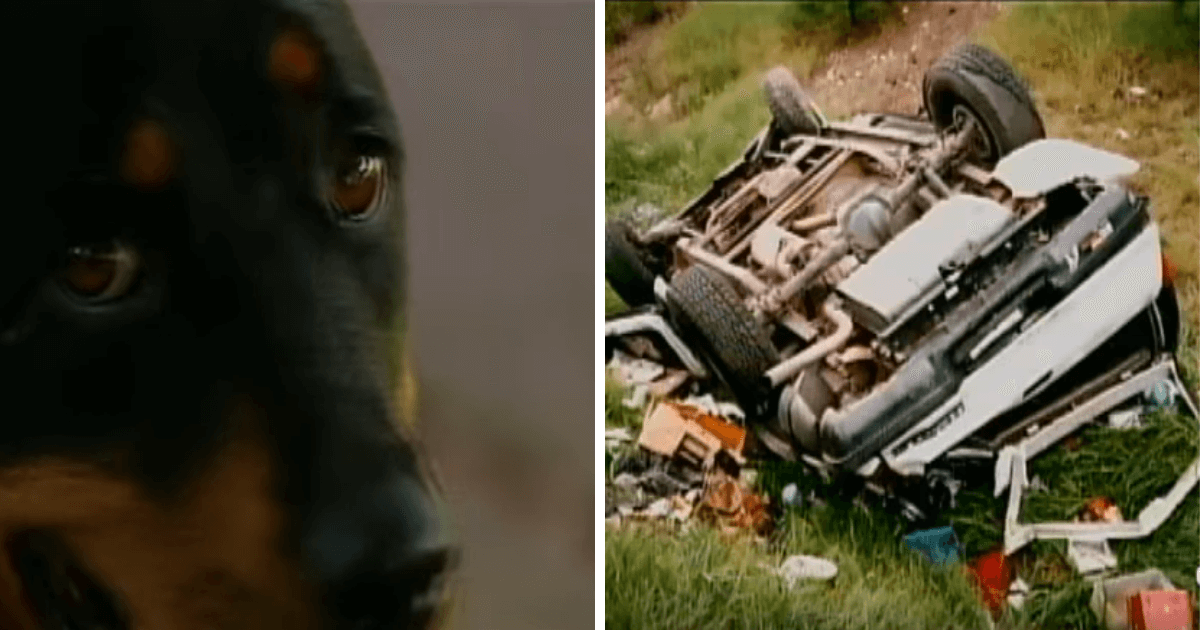 A story that comes to us out of Tennessee is proving to the masses, yet again, just how incredible the bond between a dog and a person can be. We’ve heard time and again of a dog’s unwavering loyalty, their abject devotion to the ones who take them in, and the unconditional love that they shower us with whenever they’re given the chance.

As it turns out, there’s a good reason for this. It would seem that there is just no end to the amazing things that dogs are doing for us every single day. This dog, in particular, is melting hearts by the millions with her dedication to finding her owners.

The story opens with Kathy Wilkes Meyers, a woman who spotted something strange just off the highway.

Kathy just so happens to be a volunteer with Love Me Tender Animal Rescue. Being that the organization specializes in helping out animals, she’s seen more than her fair share of stray dogs. That being said, something she noticed about the dog off the highway didn’t fit.

Kathy had seen a Rottweiler. The poor thing looked pretty underweight, as though she had gone without food for quite a while. As Kathy tried to interact with the dog, it became more and more apparent that it wasn’t a stray.

“I could just tell right away she was somebody’s baby. She just didn’t act like a stray dog to me,” Kathy recalls.

Believing that this sweet dog was, in fact, waiting for her family, Kathy decided to bring her home and help the dog out in her search.

Kathy was happy to foster the dog, but she wanted to find out her origins.

She had to know who it was that left such a sweet baby behind like that. So, Kathy did a little investigating. She went back to the place where she had found the dog in the first place, just to see if anything stood out to her. When she did, she found the leftover wreckage of a car accident. As she looked at the strewn shards of broken glass and taillight pieces, she remembered there had been a bad wreck in the same area a couple weeks before.

With her curiosity sparked, Kathy continued further into the forest to see what she could find. What she discovered was heartbreaking.

Nestled among the tall grasses were an array of personal belongings that the dog had been collecting from her family’s accident site.

From everything she could see sitting in the pile, it was clear that it had come from the accident. It looked as though the dog had made herself a bed of her family’s things to comfort herself. Clearly, the dog had remained in the woods nearby the last place she had seen her family, hoping they would return for her.

“She was hoping her family would come back, but they couldn’t,” explains Kathy.

Kathy sifted through the items looking for a clue of who the owners were. Finally, she found a candle inscribed with the name “Michelle”. Then she contacted the highway patrol to learn more about the accident.

Kathy had braced herself for the worst. She remembered how bad the wreck was and thinking it unlikely that anyone had survived. Thankfully, though, the highway patrol gave her some good news.

The wrecked car had been transporting an entire family when the accident happened. Thank God, each and every one of them had survived. The woman in the crash also happened to have the name Michelle! The family had had their dog with them, but the force of the wreck had thrown her so far from the car that the paramedics had to leave her behind in order to rush her family to the hospital.

Kathy had all she needed to reunite the precious dog with her lost family.

It was a joyful reunion between the dog and her family, to say the least.

It turned out that the sweet dog’s name is Ella and her parents are Joe and Michelle Kelly. She also has three human siblings, each of whom she had been missing terribly. In the video of their reunion below, Ella just can’t stop licking and loving on her whole family. It is a tearjerking moment, to be sure.

“I didn’t think we were gonna make it out [of the accident]. I’m lucky to be sitting here with my family,” expresses Joe.

Unfortunately, Ella still had a while to wait before she could go home with her family.

The astronomical amount of their medical bills after the accident forced the family to downsize temporarily into a home that doesn’t allow dogs.

Thankfully, though, the family had an angel watching out for their furbaby, and her name is Kathy. The animal rescuer agreed to continue fostering Ella until they could get back on their feet again. It was a perfect solution, really, as Ella had already formed a close bond with Kathy. The devoted dog misses her beloved family dearly, of course, but Kathy is making sure she doesn’t have too much time to think about it. She keeps her busy and as happy as she possibly can.

A huge shoutout to Kathy for all of her hard, compassionate, and wonderful work! To learn more about his incredible story, watch the video below. 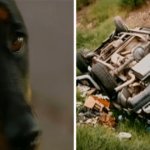