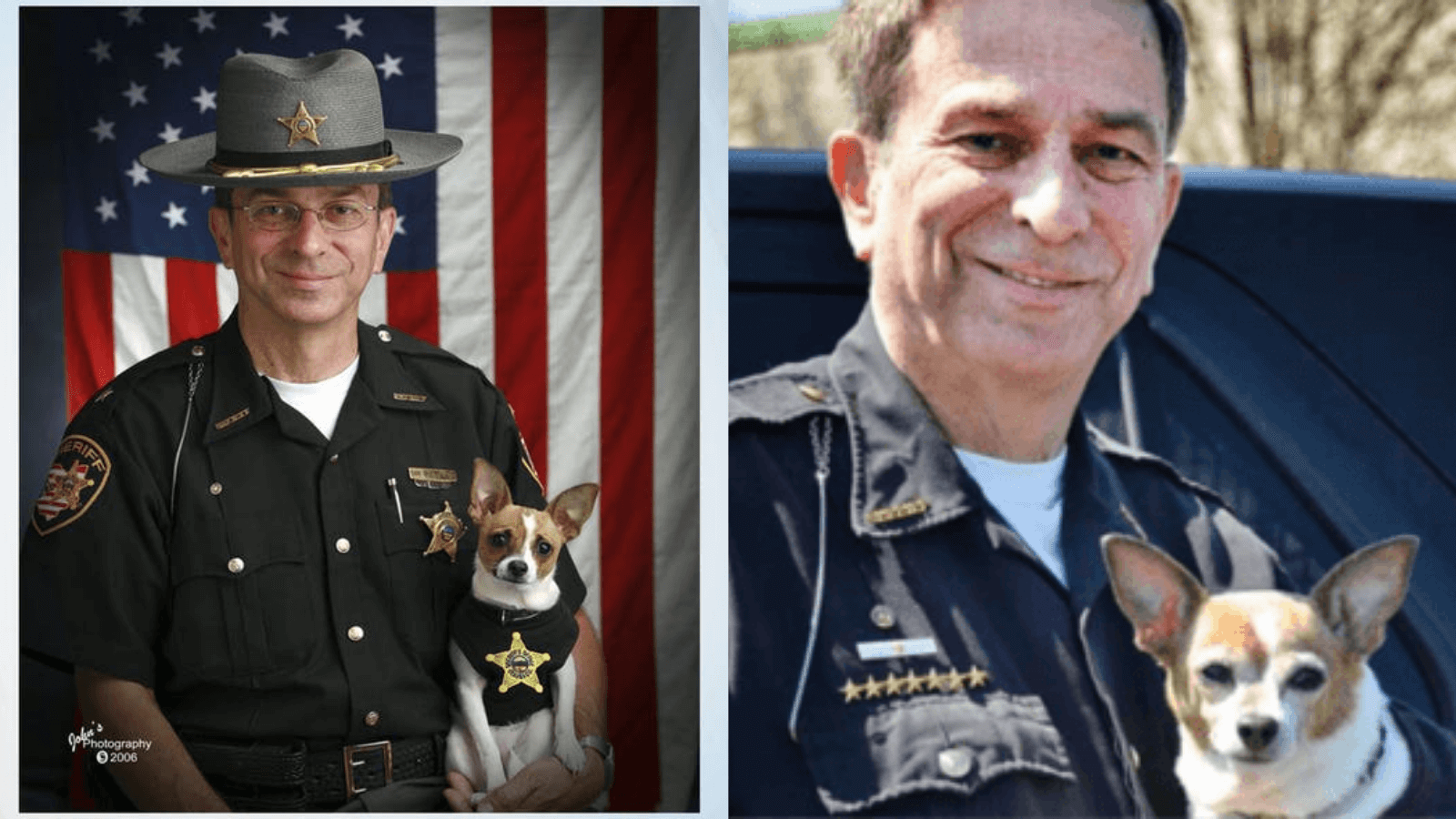 A retired sheriff from Ohio and his K9 named Midge who passed away on the same day this month will be buried together.

At the age of 67, the retired Geauga County Sheriff Dan McClelland lost his battle with cancer. Just a few hours after his death, his 16-year-old chihuahua who served alongside him also passed away. The Burton Village Police Department announced the passing of McClelland, followed shortly by an update announcing the passing of Midge.

They said, “Dan will always be remembered as a kind, compassionate man who always put others first, even the people arrested…It’s truly amazing that one man could have such a positive impact on so many people. Sheriff McClelland, you didn’t just leave the sheriffs office a better place, this world is a better place.”

Midge worked with McClelland for 10 of his 13 years as Sherrif. The little pup was trained to sniff drugs and seemed to love her job as part of the K9 unit.

When most people think of police dogs, they probably envision strong German shepherds or Belgian Malinois, few would think of chihuahuas and they’d usually be right.

According to DailyMail, Midge is the first police dog of her breed to be officially welcomed onto the force.

Midge successfully passed her Ohio Certification as a Narcotics Dog on 7 November 2006 and was officially declared the world’s smallest police dog by Guinness World Records.

McClelland worked side-by-side with Midge, who proved to be an excellent partner, until 2016 when they both decided to retire together.

Sheriff Scott Hildenbrand took over McClelland’s former position. He shared with the Associated Press that McClelland was pretty sure Midge was so popular that no one remembered him. Hildenbrand said, “He used to joke that people would see him in a parade in a car and would say, ‘Hey, there’s Midge and whatshisname.’ I think she was more popular than him.”

Hildenbrand further shared how he, and others, were shocked at McClelland’s announcement to retire in 2016. He said, “He spent 44 years protecting people in this county and, quite frankly, he loved his job, every minute of it. I never thought he’d retire.”

McClelland made the decision to retire so he could travel the country with his wife and high school sweetheart, Beverly, and their beloved Midge. Unfortunately, he was diagnosed with brain cancer just a few years after retirement. After a year-long battle with cancer, he passed away surrounded by family. Midge died hours later, presumably of a broken heart.

McClellend and Midge will be laid to rest together after their celebration of life on April 24, 2021. May they rest in peace. 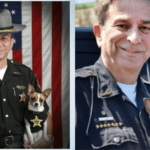