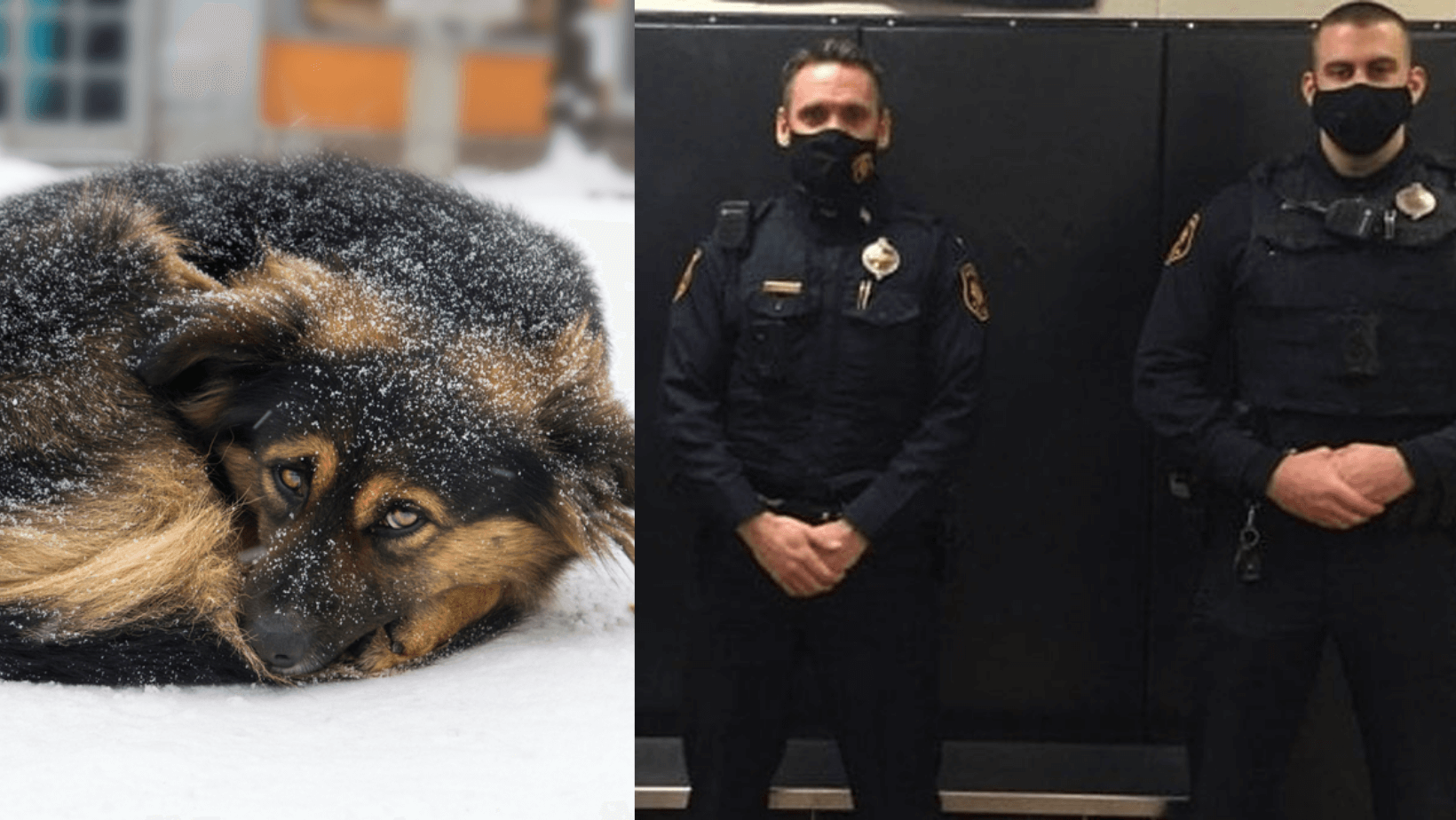 It’s been a harsh winter lately here in the US, from the Arctic freeze impacting Texas to recent snowstorms hitting the northeast.

Which means it’s more important than ever to take care of your pets and protect them from the cold. Even “outdoor” dogs are vulnerable to frostbite and hypothermia.

So it was bad news when one dog got left outside on a balcony on one of the coldest days of the year — but luckily he’s safe now, thanks to the help of some local police officers.

Pittsburgh, Pennsylvania has been having one of its snowiest winters ever, and one one recent evening temperatures dropped to near-freezing levels as snow fell.

That night, the Pittsburgh Public Safety Department got a call about a pit bull who was left out in the frigid weather, outside on the balcony of his apartment.

The dog’s owner reportedly was caught off guard by the temperature drop, and couldn’t get back to her dog because of a babysitting job.

Instead, Pittsburgh Police Officers Alex Dickant and James Hauser responded to the call, arriving not a moment too soon: they found the dog “visibly wet, cold and shaking.”

While the dog reportedly liked to spend time outside, it was clear this weather was far too much for him to handle.

Gaining access to the apartment, the officers were able to let the dog inside. He quickly ran to his food and warm bed, the Public Safety Department writes.

The department, sharing the story on Facebook, used the incident to remind locals that it was against the law to leave pets out in the cold unsupervised for more than half an hour when it is less than 32 degrees.

Still, this situation seemed to simply be a mistake, and the officers were happy to intervene when the woman couldn’t reach her pet in time. While remaining anonymous, she thanked the officers for their help.

“What these police officers did was a wonderful service,” the dog owner said. “I couldn’t thank them more for what they did for me and for my dog.”

So glad this dog is safe and warm now. It’s a reminder to take extra precautions when it comes to your pets this winter — don’t leave them out in the cold!

Woman Writes Touching Obituary For “Dog Legends Are Made Of”
Dog Dumped Along With Her Teddy Bear Gets A New Dad Who’d Never Abandon Her
mohammedltc
Related Posts
0 1 0 August 2, 2021
0 3 0 August 1, 2021