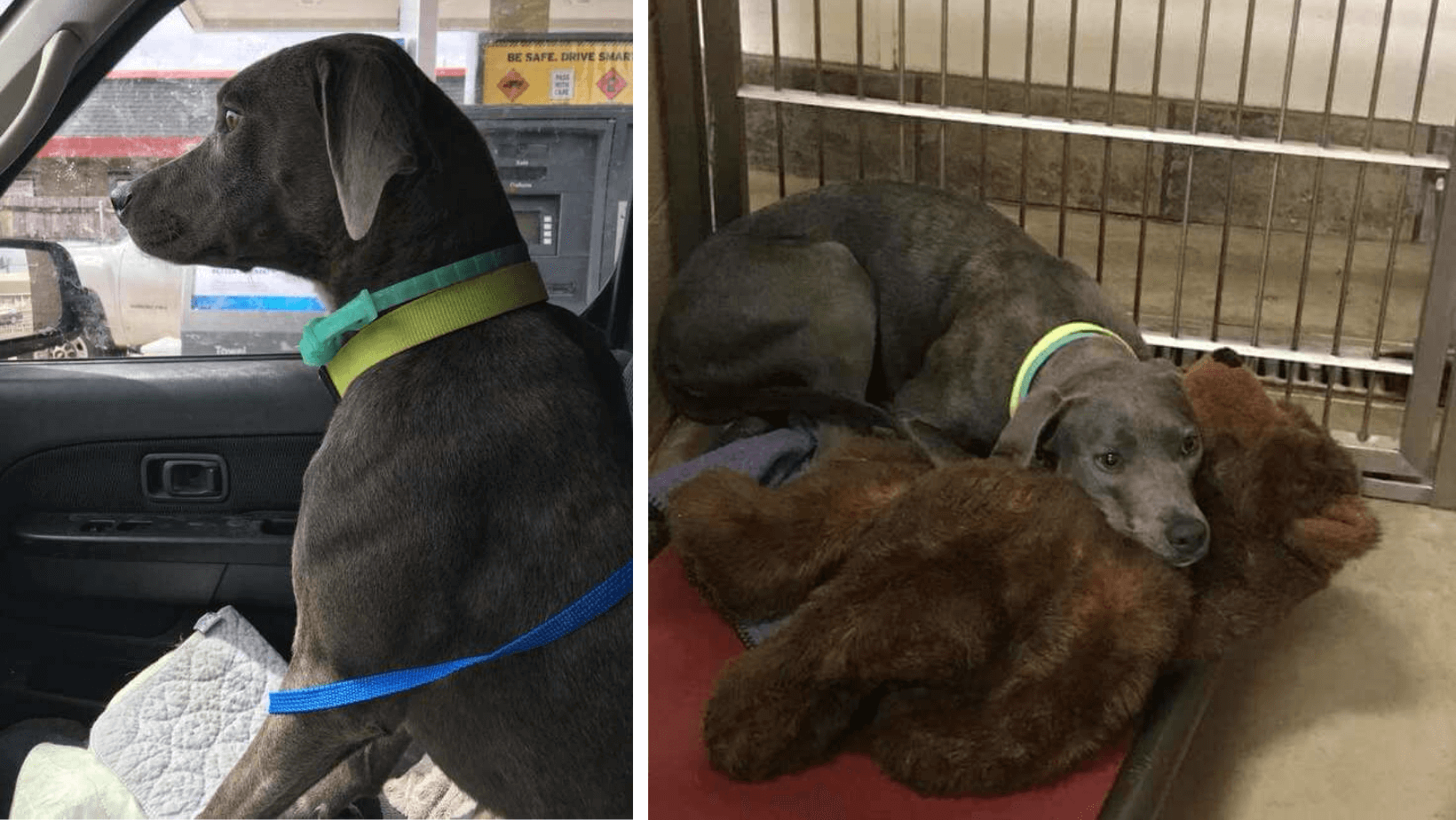 Ellie, a one-year-old Blue Lacy, lived with her family near Dallas, Texas, until the day they decided they no longer wanted her. They dumped her at the shelter with her teddy bear, and she just sat there clinging to it not knowing what was going on.

The family even went through the trouble of getting her spayed, microchipped, and all of her necessary shots just months before abandoning her. Now she was all alone in a loud and scary shelter that euthanizes for space when needed.

Fortunately, Ellie wouldn’t stay there long. It was Jennifer Jessup, an independent dog rescuer based in New York City, who found the dog via an online search. She then contacted her brother in Florida who had been looking to adopt a Blue Lacy dog.

Jennifer’s friend went to pick Ellie up to take to a boarding facility where she could make sure the paperwork was in order and the dog could get a bath. After spending the night there, Ellie headed to a foster home until she could be moved to Florida. She felt better in an actual home but still clung to her teddy bear.

Even when the foster family tried snapping a photo of Ellie without her teddy, she huddled up in fear. When given the toy back, she grabbed ahold as if to never lose it again.

But then the day had finally come for Ellie to meet her new dad! TWD Transport took the sweet girl and delivered her to Florida from Texas.

The dog was tired after a long trip, but Dad planned on spending the entire day with her to make her feel welcomed. It would take some time for her to truly settle in after a life of chaos.

Police officers rescue dog left out on freezing cold balcony
Dog Accidentally Gets Locked Out At 2am And Rings The Doorbell With Her Nose
mohammedltc
Related Posts
0 1 0 August 2, 2021
0 3 0 August 1, 2021 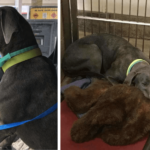