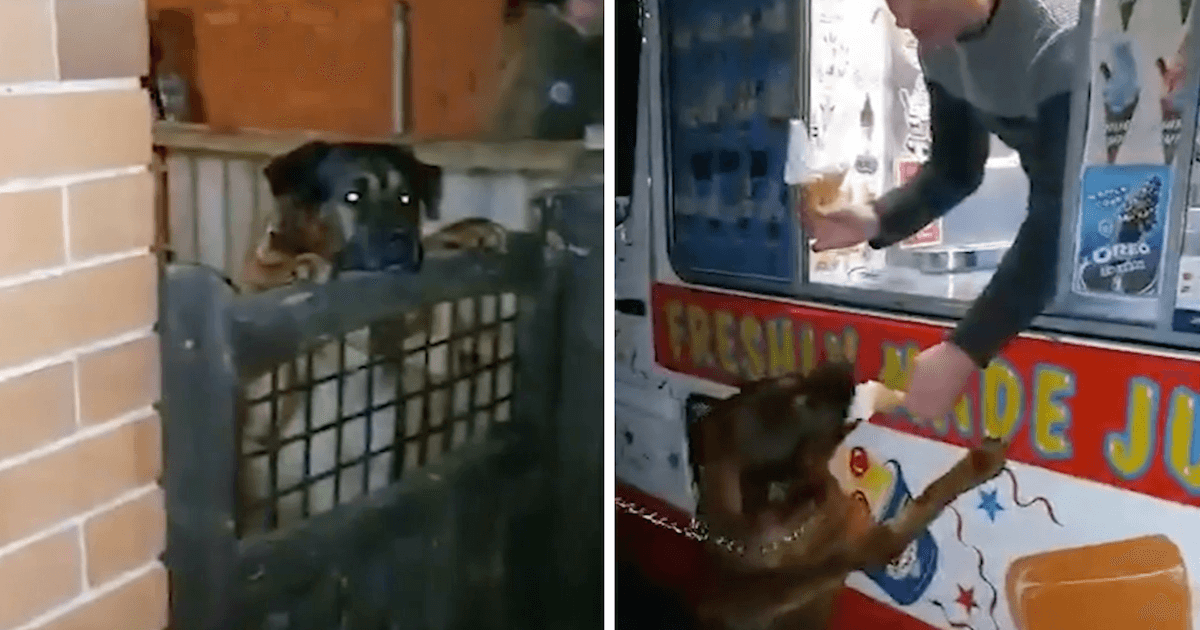 A Boxer/Labrador Retriever mix named Marley loved ice cream! Whenever he heard the sound of the ice cream truck, he’d burst into an excited howl. But after Marley was diagnosed with cancer, getting to the ice cream truck became a little more difficult.

Katie Dixon, Marley’s mom, knew the pup didn’t have much time left. But before saying goodbye, she wanted to make sure he got to do all his favorite things one more time. So, she posted a plea on social media for an ice cream truck to come closer to her home. To her surprise, many strangers supported Marley’s ice cream obsession and worked hard to make sure he got one final treat.

Dixon recently found a lump in the 8-year-old dog’s mouth. So, she rushed him to the vet just to be safe, and they treated him for an abscess. But two weeks later, Marley still wasn’t acting like himself, so Dixon knew something was wrong.

When Dixon returned to the vet with Marley, they found out that the pup had a tumor. First, he went through surgery to remove the tumor, but it grew back shortly after. Poor Marley had cancer, and he would have to be put down within the next few weeks.

“He hasn’t been himself since Saturday – he’s really lethargic and not wanting to eat or drink. I took him back to the vets again and they said the tumor is already back and there’s nothing more that can be done for him,” said Dixon. “The tumor is fast growing and seems to be taking its toll quickly. I’ll have to make a decision soon as he’s in pain and chewing his fur off his tail.”

But even during his worst days, Marley still loved ice cream and howled at the sound of the ice cream truck. So, Dixon turned to Facebook to ask if someone would be willing to drive an ice cream truck past their home so Marley could reach it.

When ice cream man Jeff Condliffe heard about Dixon’s pleas, he didn’t hesitate to help out. He drove 20 minutes out of his way to deliver ice cream to the dying dog. As he neared Marley’s house, he turned on the ice cream truck music. Sure enough, Marley howled along from the backyard.

“Thank you so much to Jeff for letting me hear that howl one last time and thank you for making my pooch a very happy boy. Marl enjoyed it with a few family and friends there to watch him. I’ll be forever grateful,” said Dixon.

Marley’s final ice cream treat was both a heartwarming and devastating moment. Dixon was so happy to see her dog enjoy his favorite snack one more time, but she was heartbroken that she’d have to say goodbye soon after. Marley was such a lucky dog for having a dedicated family to make his final days worth it! 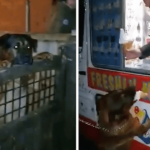