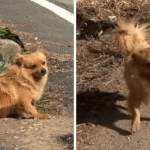 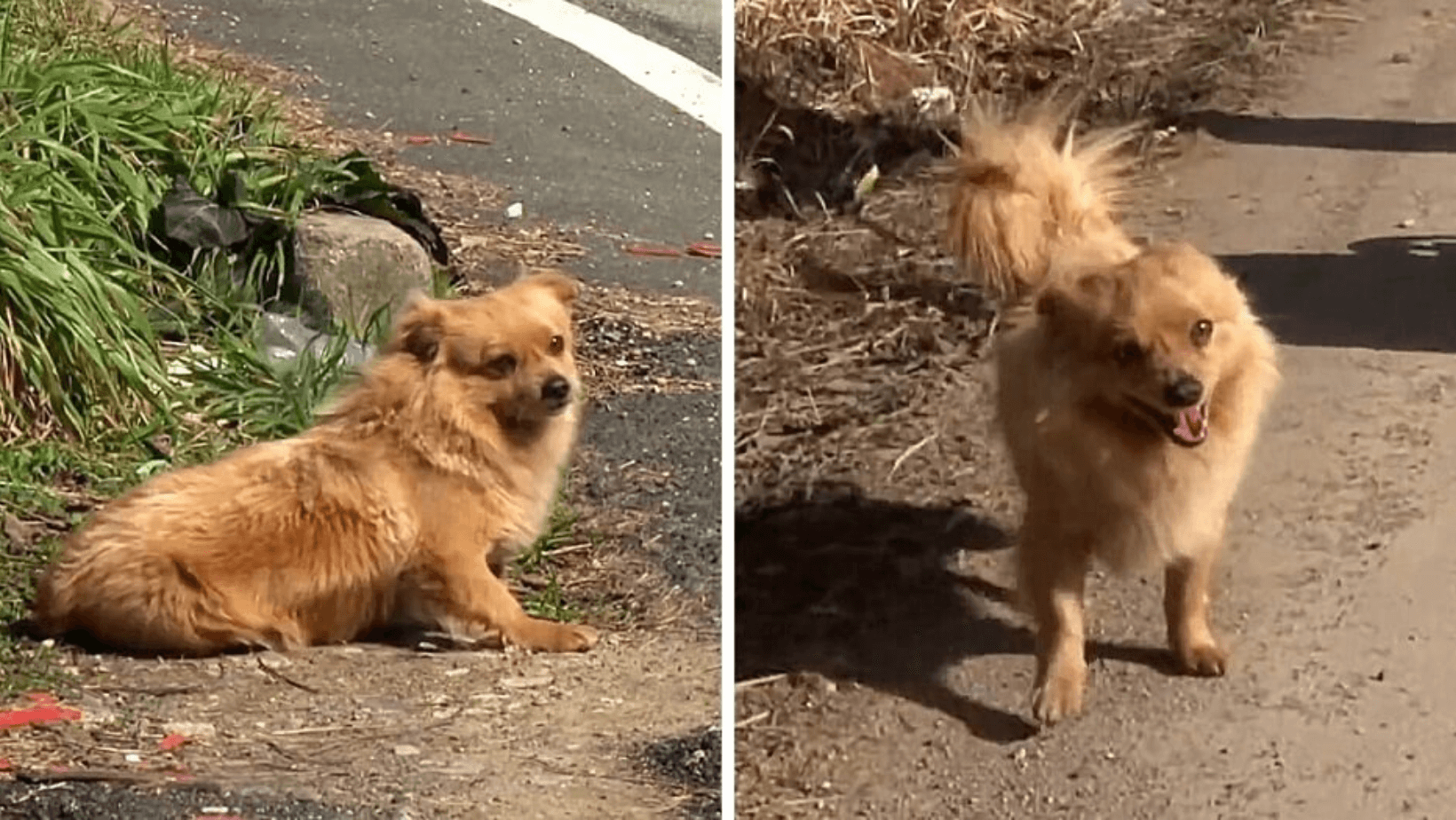 Bal Bal the dog is an everyday fixture at a remote country bus station in South Korea. Daily commuters are used to seeing the fluffy pooch waiting by the road all day and keeping his eyes peeled at passing buses, be it rain or shine or snow. His gloomy face lights up with hope every time random people climb down any bus, as if he is trying to find a special person. But over the day, his eyes swell up in tears as the person he anticipates doesn’t arrive.

Bal Bal’s lonely crusade by the bus station caught people’s attention, leaving everyone wondering about the possible tragic reason behind his behavior. Keeping his well being in mind, some people began observing Bal Bal throughout the day. But what they discovered was absolutely heartwarming on so many levels!

As it turns out, Bal Bal’s actions are actually a daily ritual to greet his elderly caretaker grandma who arrives by a bus, who he loves and literally worships with all his heart. It all began when Grandma found Bal Bal after he was hit by a car. He had no movement and was on the verge of death, but Grandma didn’t give up on him and nursed him back to life.

Once Bal Bal recovered, he became his savior’s fiercely loyal protector who would stick by her side like glue at all times. He refused to leave the lonely Grandma’s modest home and vowed to look after her when no one else did. He would go ballistic whenever Grandma was out of his sight, and wouldn’t stop crying till he was back in her arms again.

The way Bal Bal looks at Grandma with gratitude and follows her around is ethereal. Despite his faithful companionship, Grandma hates that he spends all day risking his life at the bus station waiting for her. She has tried locking him in the spacious greenhouse while she is away, but Bal Bal straight up rips the plastic wall out of anxiety to tail his precious human. Watch this video till the end to see Bal Bal’s unflinching attachment to Grandma!

Click the video below to watch Bal Bal sulking at the bus station as he eagerly waits for Grandma.