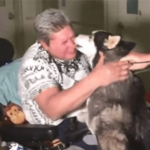 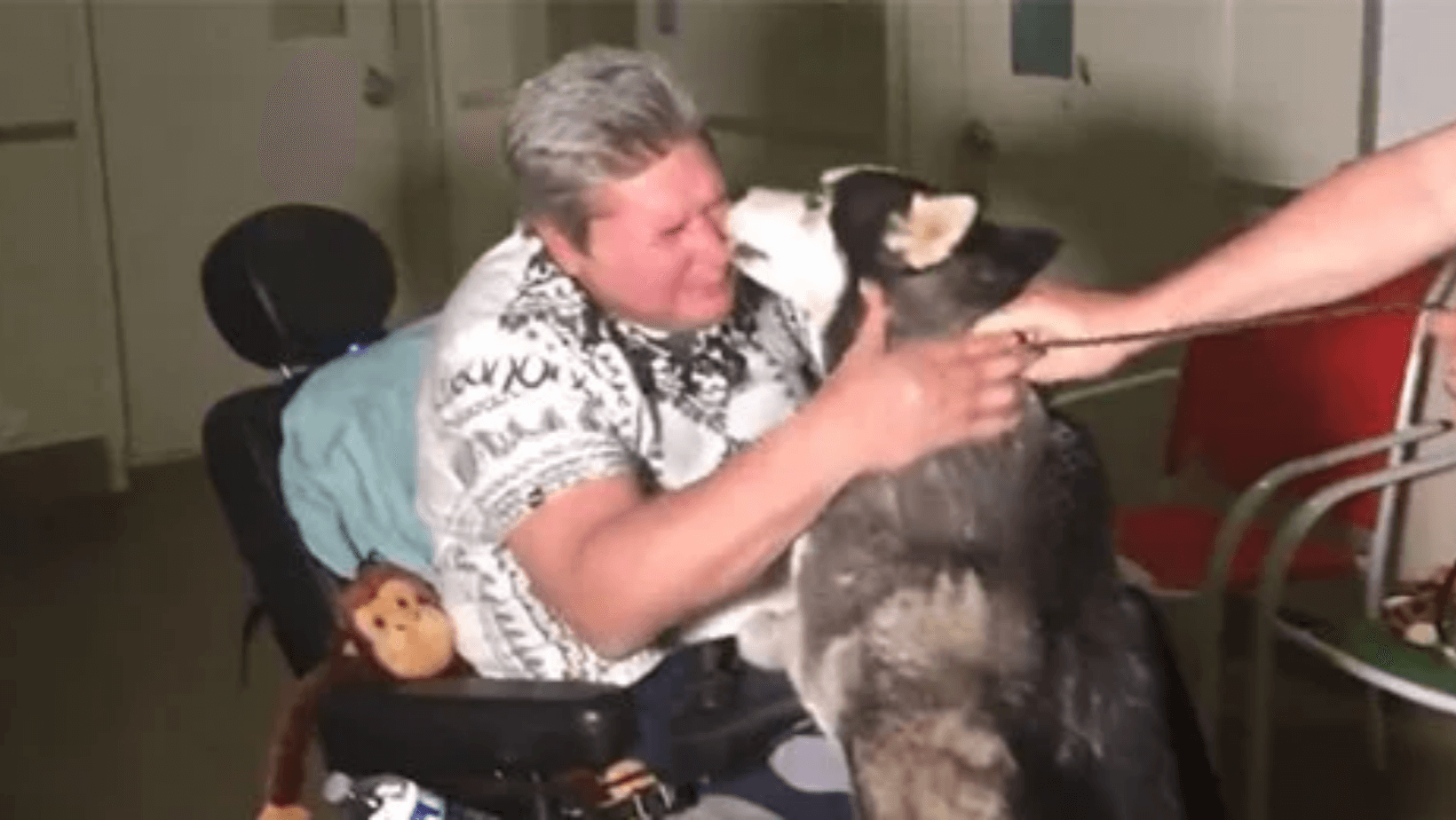 An outrageous story that recently went viral just got a happy ending!

David Guindon, a resident of San Bernardino, California suffered a heart attack and stroke six years ago, which left him disabled, bound to a wheelchair, and in need of a service animal. In 2014, he adopted and bonded with Zeus, a Husky who was professionally trained to handle tasks David needed assistance with.

Two years ago, a nurse working in David’s home left a door unlocked, and Zeus wandered out of the house. David hadn’t seen his dog since then but had been searching frantically, leaving flyers and even hiring a pet detective to track down his missing dog. He has since adopted and begun training a new dog, Zero, to help him, but he hadn’t given up hope of finding Zeus.

A year and a half after Zeus’ disappearance, David received a call from Home Again, the company with whom Zeus’ microchip was registered. David was overjoyed to hear that his dog had been found, but unfortunately, that did not mean that he was coming home. Home Again explained that a woman wanted to re-register the microchip in her name, and they were asking David for his permission to allow it. David refused and explained that his dog had not been surrendered, he had been lost and he wanted him back.

A woman had found Zeus and refused to return him to David although the microchip had his information and the company wouldn’t re-register it. She explained that the Husky had bonded with her autistic child and she absolutely would not give him up. Home Again was unable to give David the woman’s information to get in contact with her. Eager to see his dog again, David contacted local animal control for help, but they didn’t have any information on either Zeus or the woman, as Zeus had never been in their care.

David then contacted his local law enforcement and filed a police report, but when they visited the woman’s home, she told them that Zeus had run away.

David spoke with KABC News in San Bernardino, and his story quickly went viral as people became outraged that someone could be so heartless as to refuse to return a disabled man’s beloved service dog. But the day that the interview with David was shared with the public, he got another call, this time from a police officer saying that the woman who had Zeus had a change of heart, and surrendered him to local animal control.

Today, the two were finally reunited! Zeus can return home with David, and meet his new brother, Zero.

Zeus and David look happy to see each other again! It’s the happiest ending this sad story could’ve had.

This story was originally shared in 2018.