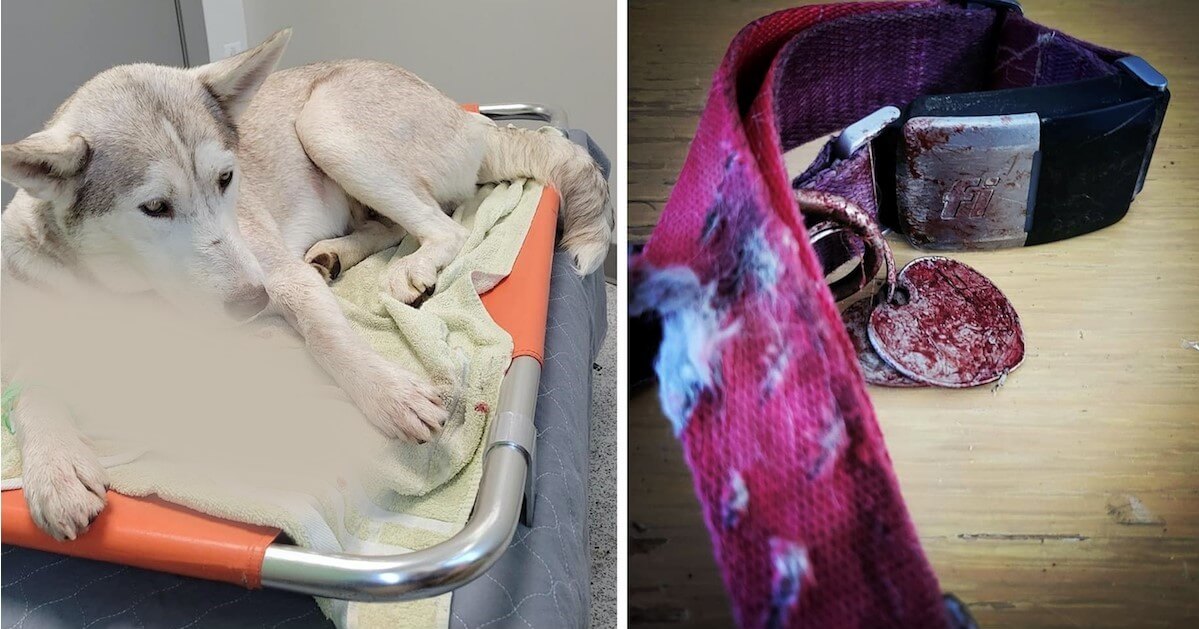 It’s amazing how one tiny detail can change the outcome of an entire situation. For a Husky named Coconut, it was the fact that she wore a collar. Coconut and her Husky siblings often get into trouble, but this one mischievous plan led to her getting shot. If she hadn’t been wearing a sturdy GPS collar, the shots would’ve been fatal.

Of course, the collar isn’t designed to be bulletproof, but it was an incredible coincidence. Now, Coconut is safe at home. The whole situation led to a lot of controversy and lessons learned.

Carly Kendall from Layton, Utah has three Huskies: Axel, Storm, and Coconut. Coconut is the sweetest, most loving of the three, but she’s also the biggest troublemaker. She is a master escape artist, despite her family’s efforts to stop her.

“She can dig under anything, climb over anything, squeeze through anything. She’s quite the Houdini,” said Kendall.

One day, Coconut and Axel escaped their yard after digging a hole under the fence. Coconut had a Fi GPS collar on, so Kendall quickly checked the pup’s location. Right away, she knew something was wrong.

“The thing is, normally we get, ‘This is where she is,’ and then by the time it updates again, she’s like a mile away because she’s just running, but she just wasn’t moving,” said Kendall.

By the time Kendall drove there, Coconut and Axel were still in the same spot. Coconut was covered in blood while Axel stood beside her, looking panicked. At first, Kendall feared that the pup had been hit by a car. But as it turns out, the Huskies had been chasing a rancher’s sheep, so the rancher shot at them. Coconut had a few bullet wounds on her back, but somehow, her collar protected her from gunshots to the neck, which would’ve been fatal.

Two Sides to Every Story

Luckily, Kendall was able to rush Coconut to the vet in time to save her life. More neck wounds would’ve caused severe bleeding, so it’s a miracle that her collar protected her. She had to get some stitches, but now she’s healing well.

Unfortunately, according to Utah’s laws, what the rancher did is legal. People are allowed to shoot dogs if they see them attacking, chasing, or bothering livestock. It’s likely because livestock can be put in extreme danger simply by running away from a dog. In this situation, the rancher also claims that they thought the Huskies were wolves. However, officials recommend that individuals try to capture dogs before harming them.

Of course, dog parents should keep an eye on their dogs while outside, but that shouldn’t be the focus of the story. Having a dog on the brink of death is horrific and shouldn’t be taken lightly. Kendall’s family is probably still heartbroken, so while there are laws and lessons to learn, they still deserve sympathy. It’s a relief that Coconut is expected to make a full recovery! 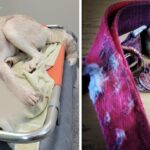