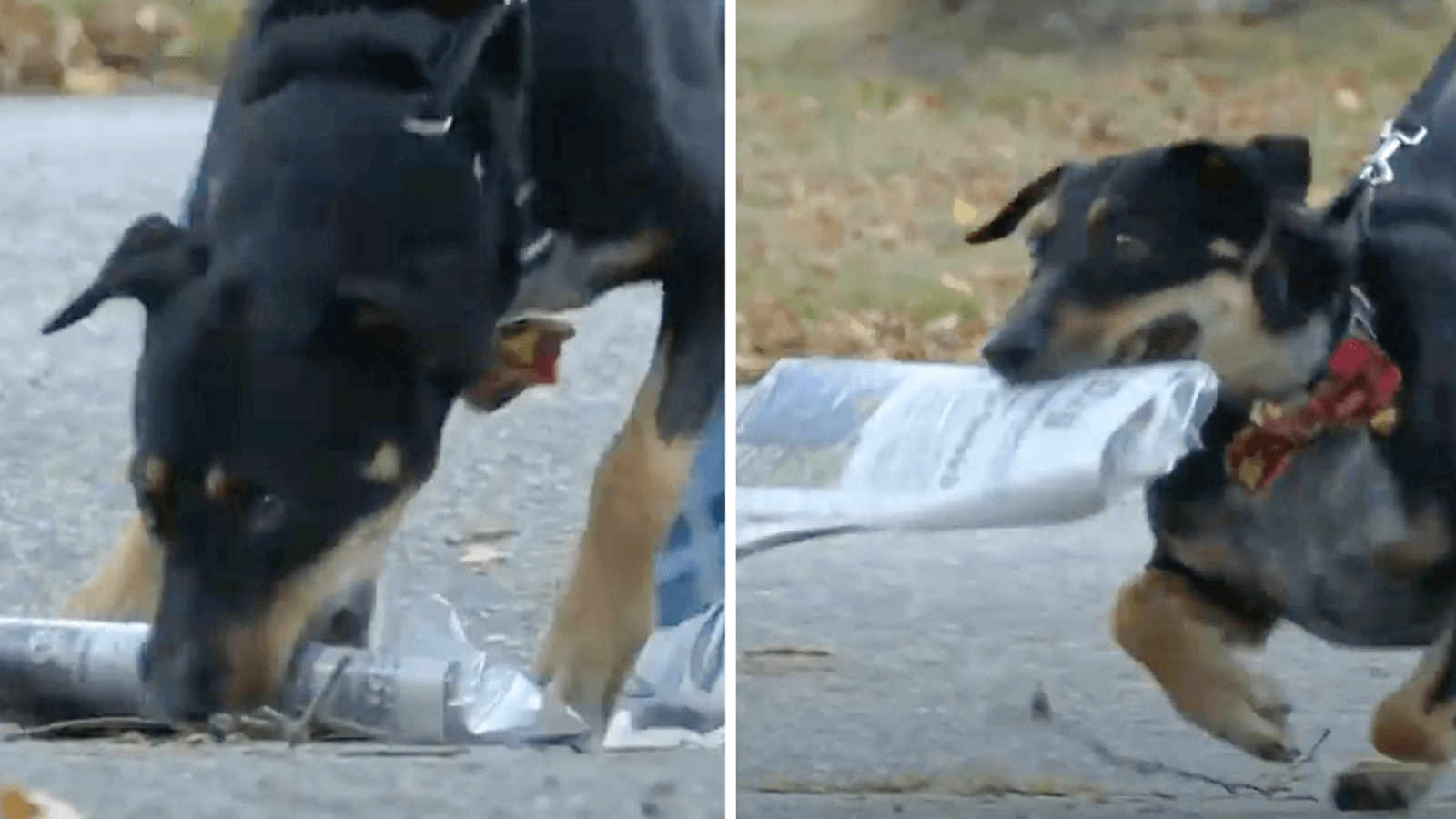 Morgan the dog was found on a highway all alone in Florida. Someone was kind enough to pick the dog up and drive him to a local shelter. These days, Morgan is still “hitting the pavement” but in a completely different and happy way. His new owners, Brian and Jennifer Kettledon, had his DNA tested and it turned out Morgan is an Australian Cattle Dog with a high energy drive to do things.

It all started when Mrs. Kettledon taught Morgan to bring their morning paper inside their Mystic, Connecticut home. Eventually, the pooch saw his mom help an elderly woman get her paper one day while they were out for a walk. The very next day without even telling him to do so, the smart pooch picked up the elderly woman’s paper, ran to her front door, dropped it, and smiled.

“He’s happiest when he’s doing a job,” Mrs. Kettledon said. “He loves to train and he loves to learn a new trick.”

Thanks to their highly driven dog, the couple now has many friends in the neighborhood. Morgan picks everyone’s paper up off their lawns and delivers it personally to their front door.

Bette Collins said the act of kindness put a smile on her face and called it a “good way to start the day with Morgan delivering our newspaper.” Another neighbor admitted she wasn’t a newspaper subscriber but since she saw Morgan delivering the news door to door, she planned to become one!

Watch this dynamic doggo in action in the video below.

Grandpa Brought His Dog To The Furniture Store To Make Sure She Approved Of Their New Chair
California Town Has Had A Golden Retriever As Their Mayor For The Past 8 Years
mohammedltc
Related Posts
0 2 0 October 17, 2021
0 2 0 October 16, 2021 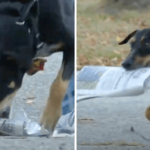