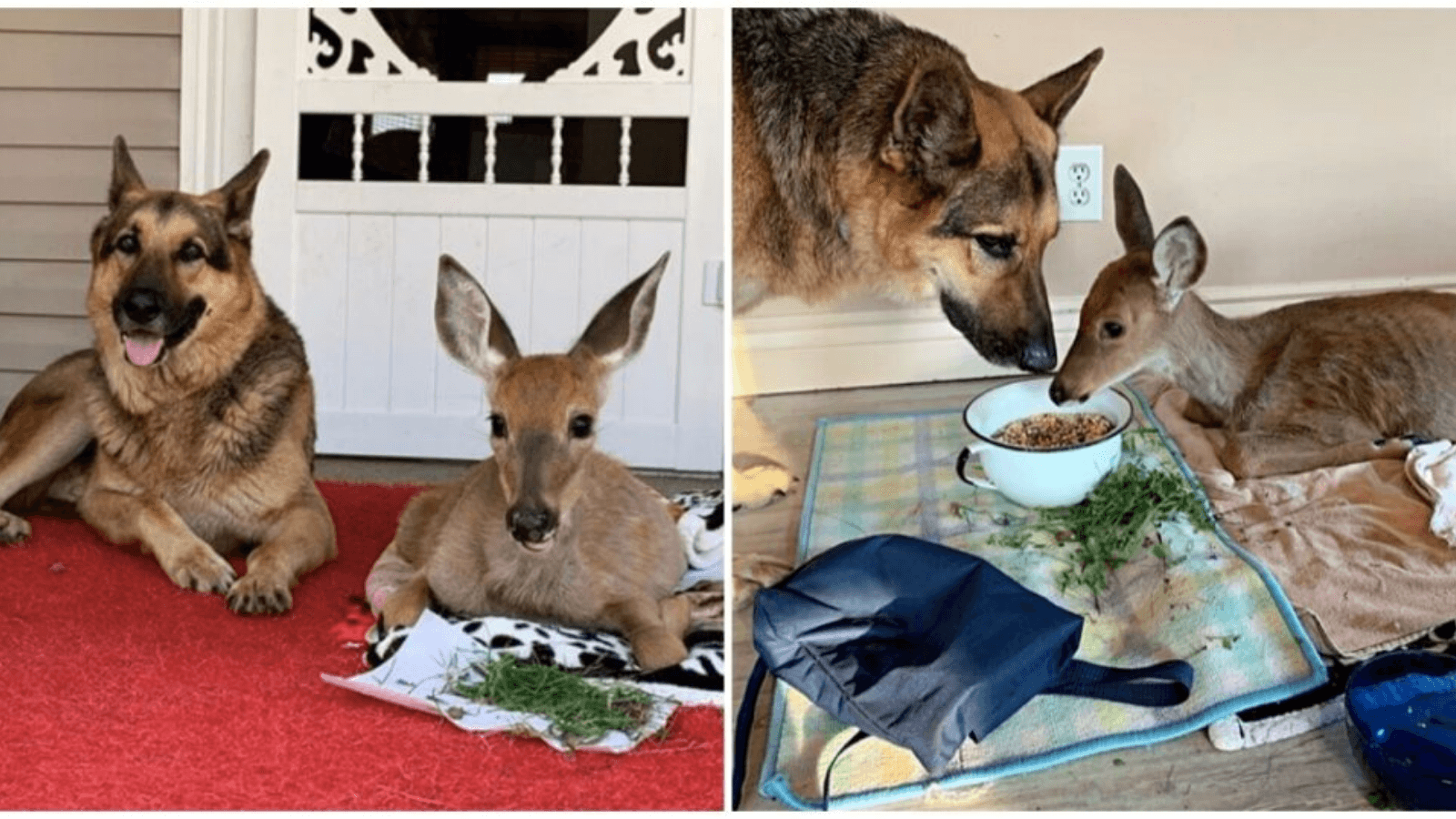 German Shepherd’s are known for their incredible loyalty toward their humans, but this Shepherd, named Sarge, also shows his loyalty to another species: deer.

Sarge’s mom. Cheryl, helps rehabilitate local wildlife in her area and brings them into her home to care for them until they’re ready to be released back into the wild.

This process can be very difficult and tiresome, but Sarge is always there to help her.

While Sarge comforts all of the animals that Cheryl brings into their home, he especially loves the deer.

Cheryl has brought home orphaned fawns to care for, and Sarge quickly took to them and began to act as a father figure.

He would eat alongside them, play with them, and even cuddle with them.

The first orphaned fawn that Cheryl brought home was Buckwheat, who was found lying alone in the road. As soon as Cheryl introduced Sarge to Buckwheat, it was love at first sight.

From that moment on, Sarge has become Cheryl’s right-hand man in rehabilitating the animals! 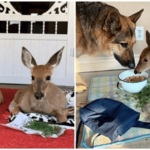