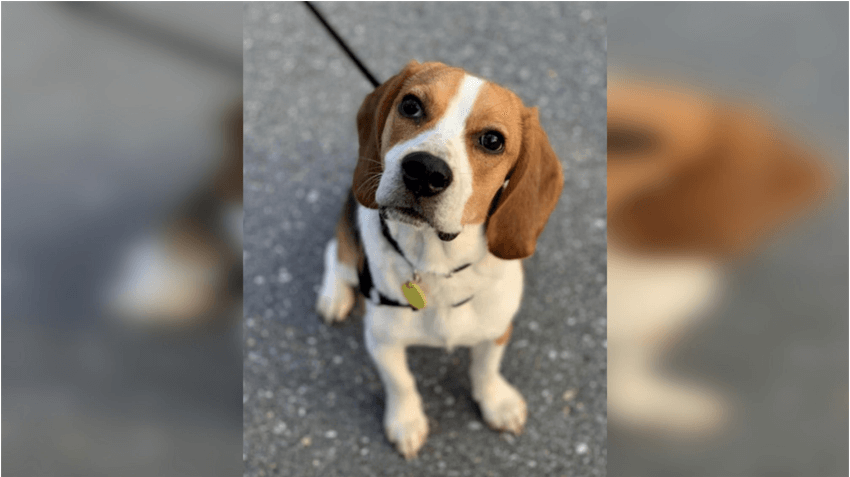 We’re all familiar with the show Lassie: every week the heroic collie would save the day, like rescuing Timmy from the well. But it turns out, that’s not far off from reality: we’ve seen many stories of pet dogs stepping up to become every day heroes, helping neighbors in need.

That was the case recently, when one former shelter dog became a true “rescue dog” after saving an elderly woman after a fall — and now he’s received an honor for his heroism.

Milo is a beagle who was adopted by his new owner Makayla Swift last year. He’s since settled into his new home in Silver Spring, Maryland and proven to be a loving, happy dog.

Milo, an adopted Silver Spring dog, is being credited with saving the life of an 85-year-old woman who had fallen, hit her head and become trapped. https://t.co/n3uQQmderJ

But Milo really proved to be an exceptionally good dog recently, after he unexpectedly came to the rescue of an elderly neighbor.

Makayla says she was taking Milo out for a walk when the beagle unexpectedly darted across the street. “I couldn’t catch him… He started scratching on the front door,” Makayla said. “I’m thinking, ‘Why is he literally trying to break into her house?’”

The home belonged to an 85-year-old woman named Sherry Starr. Makayla soon realized why her dog was so eager to get into the senior woman’s home: she could hear the neighbor yelling for “help.”

Sherry did need help: earlier that morning, after hearing the door bell ring, Sherry fell in her bathroom and became stuck, drapped on the floor between her toilet and bathtub.

“All of a sudden, standing there between the toilet and the tub, I slipped,” Sherry told the Washington Post. “I went down — hard — on the tile floor.

Thankfully, smart dog Milo heard her cries, and helped alert to Makayla to their neighbor’s crisis. Makayla called 911, and paramedics arrived to help dislodge the senior woman from the floor.

Her life was saved, all thanks to this smart beagle. His owner called him a “blessing.”

“When this dog sensed that his vulnerable neighbor needed urgent help, he led his guardian straight to her doorstep,” said PETA Vice President Colleen O’Brien in a press release. “PETA hopes this story inspires people to consider adopting an animal from their local shelter, where so many clever, loving, and tenacious dogs like Milo are waiting for a family to join.”

What a hero! Thank you, Milo, for jumping into action and saving your neighbor!

Share this remarkable story to show how great dogs can be. 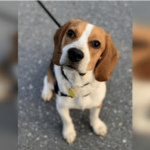