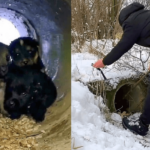 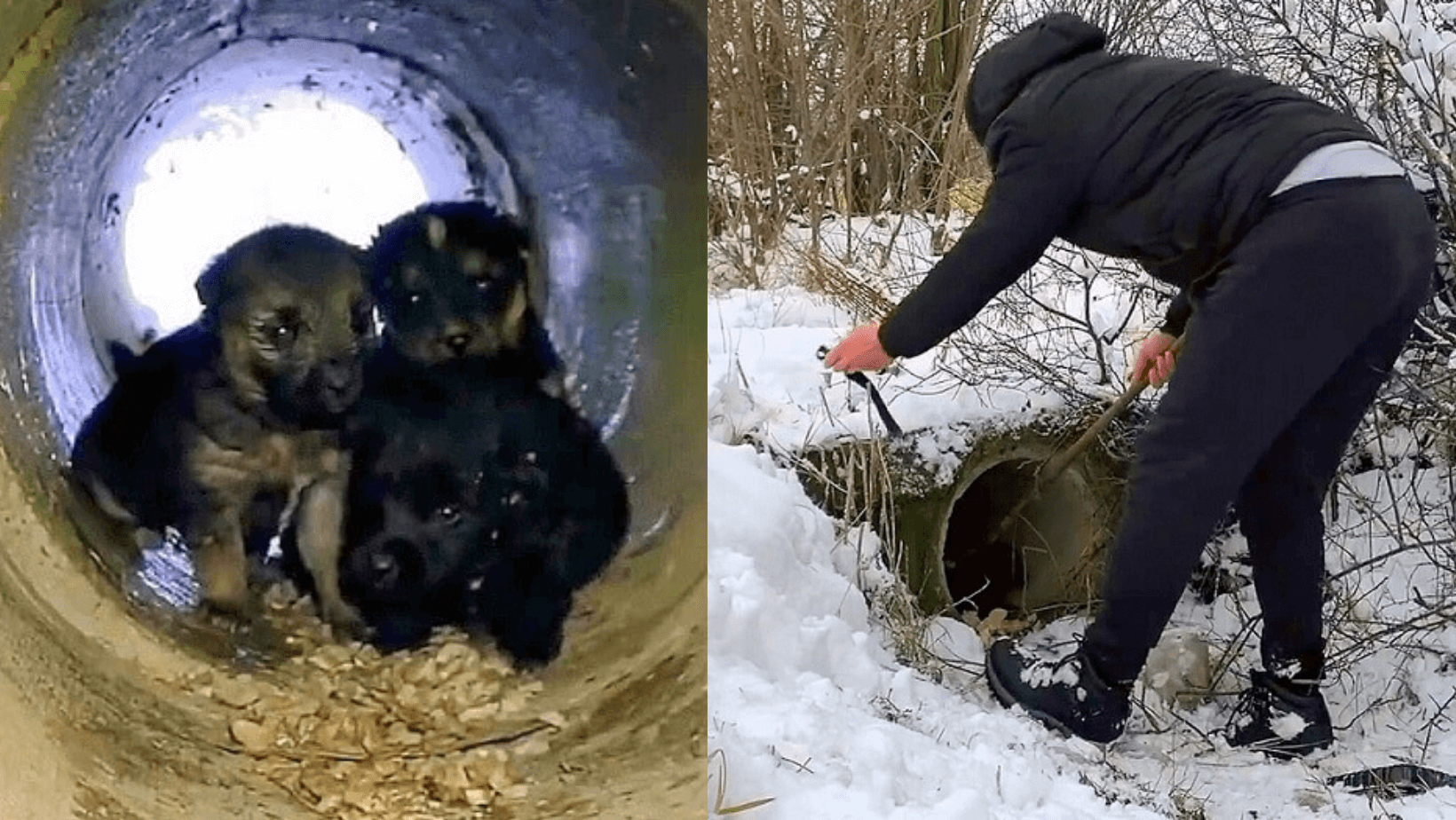 A homeless dog named Hera was gripped with anxiety after she gave birth in the unforgiving winter months on the streets of Serbia. There was a blizzard wrecking havoc every other day, making it hard for her to scavenge food or keep her dainty puppies warm and well-fed. She later crawled through the snow to seek refuge in a cold and wet drainpipe by the roadside.

For the next few days, Hera was constantly stressing over the survival of her sickly babies. She would dash out of the pipe every time she heard a vehicle whoosh by, pleading with every passerby to help her keep her babies alive. But her hopes were squashed with indifference as no one ever offered her the shelter or warmth that she so desperately sought for her puppies.

In this video, we see a man named Milan from a rescue named “Dog Rescue Shelter Mladenovac” venturing out into the storming roadways to rescue Hera. A traveler had notified him about Hera lurking about on the road, and Milan wanted to ensure she was safe and comfy at the shelter. Although most pipes in the area were buried in snow, Milan tracked Hera down with the help of her paw-prints.

Hera’s face sparked up with hope and she came running out the moment she heard Milan approaching the pipe. Milan was thrilled to see her friendly demeanor, but his heart broke as he discovered her soaked up puppies shivering in the pipe. However, rescuing the 4-week-old puppies turned out to be tougher than he had expected.

Hera’s puppies had no experience with humans, and this made them extremely terrified of Milan. Despite Hera’s assurances, they refused to budge from their uncomfortable abode for they had no idea a better life was awaiting them. With nightfall approaching, Milan had to act fast to convince the puppies out of that hell hole.

Watch this video till the end to see Milan’s impeccable skills as he saves the puppies from that wretched pipe in the dusky hours amidst dwindling light. We truly respect how he never once turned his back on the scared, skittish puppies despite the worsening weather, and went out of his way to reunite them with their worried mama! The blissful sight of Hera and her precious trio getting cozy in the toasty shelter truly uplifted our souls!

Click the video below to watch the heartwarming rescue of Hera and her 3 puppies during the raging blizzard.