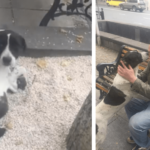 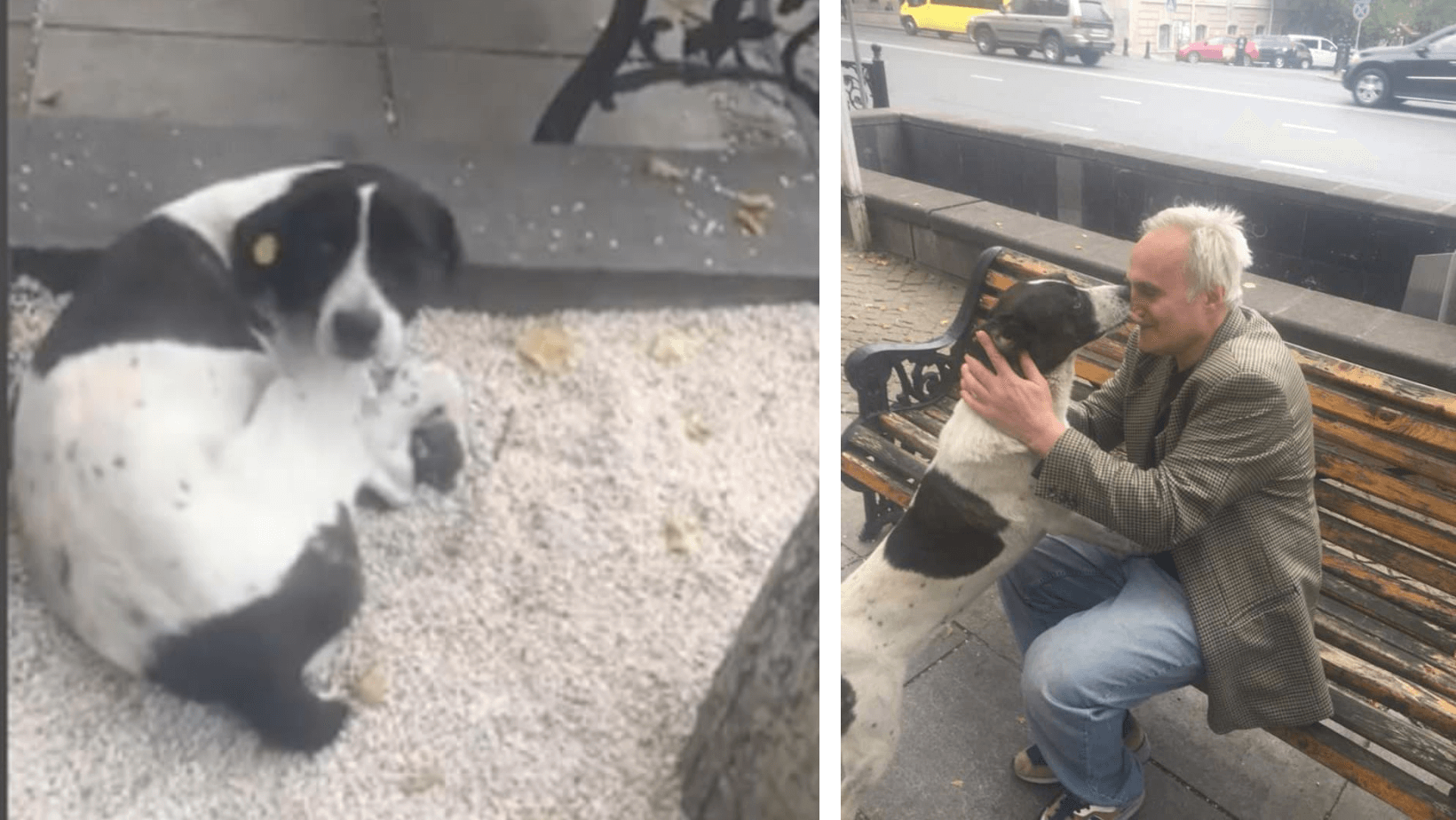 Giorgi Bereziani, a 62-year-old man from Tbilisi, Georgia, was in shock when he lost his beloved dog named Jorge. The heartbroken Giorgi spent many days putting up missing posters on the streets, but Jorge remained untraceable.

After about 3 years of missing his dog, Giorgi got a call from the workers of an opera house, who claimed that they had spotted a dog resembling Jorge around the opera’s building. Holding on to the newfound spark of hope, Giorgi immediately drove to the building.

In this video, we see Giorgi noticing a black and white dog sitting beside a tree. The dog had a yellow tag, which indicated that he was vaccinated and released by animal control workers of the area.

With bated breaths, Giorgi calls out, “Jorge, is that you?”, and the dog turns to him in disbelief. It is Jorge, after all! Jorge’s pure joy and surprise is not something that can be expressed in words. You will be in happy tears, as you see Jorge run to Giorgi and hug him and yelp uncontrollably, knowing that his nightmare is finally over. What a touching reunion!

Click the video below to watch this priceless reunion between Giorgi and Jorge!