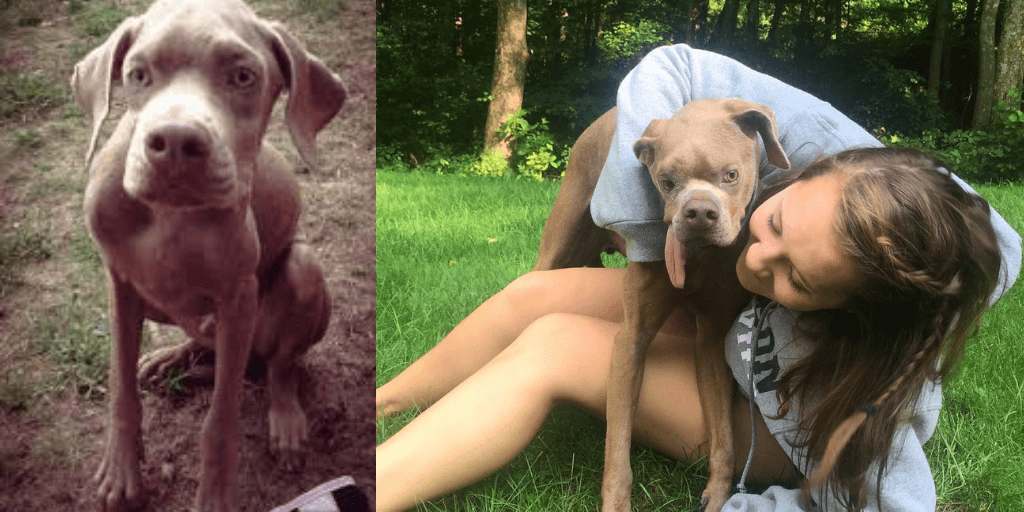 You might not guess by looking at him, but Murray is a Weimaraner. His unusual looks are the product of rough circumstances, but he and his family haven’t let it bring him down.

While still just a pup, Murray was dumped by his family on a beach in Puerto Rico. The spot they chose to leave him is such a popular dumping spot it’s known as Dead Dog Beach. Though the area is populated mostly by dogs, there are good people out there doing what they can to save them. The Sato Project provides food, fresh water, medical care, and love to the homeless dogs who wander the beach.

While treating Murray a veterinarian discovered that he suffered from distemper. The disease is highly contagious and if left untreated, it can lead to death. Because there is no cure for distemper, the vet felt there were few choices available. Murray was scheduled to be euthanized. However, only a few moments before he was meant to be put down, Murray began to wag his tail. The small gesture caused the vet to have a change of heart and saved Murray’s life! It was decided that he would be flown to the states to find a family instead.

Murray landed in Boston, Massachusetts, and into the care of Boston for the Dogs, but it wasn’t long until he found a family of his own!

The Gallant family offered to foster Murray, and fell in love! He became their “foster fail,” and has been with them for over four years now!

Over time, his distemper has caused his features to change, and his teeth to fall out, leaving his tongue hanging from the side of his mouth, but nothing could cause his family to love him any less. Mackenzie Gallant tells Barcroft Media,

“The signature tongue out is just the cutest thing, and his crooked features, if you look at his face closely you notice his ears aren’t aligned right on his head. His quirks make him even cuter and more special.”

His family hopes that his unique look and incredible story will help raise awareness about a few of the issues he has faced in his life.

“We made his Instagram when I left for college for friends and family to follow but over the past year he has gained a lot of followers and helped raise awareness of rescue dogs, The Sato Project and distemper.”

You can follow Murray on Instagram. Learn more about how The Sato Project is battling the stray dog problem in Puerto Rico here. 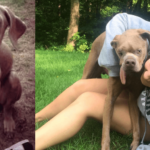