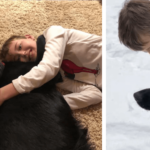 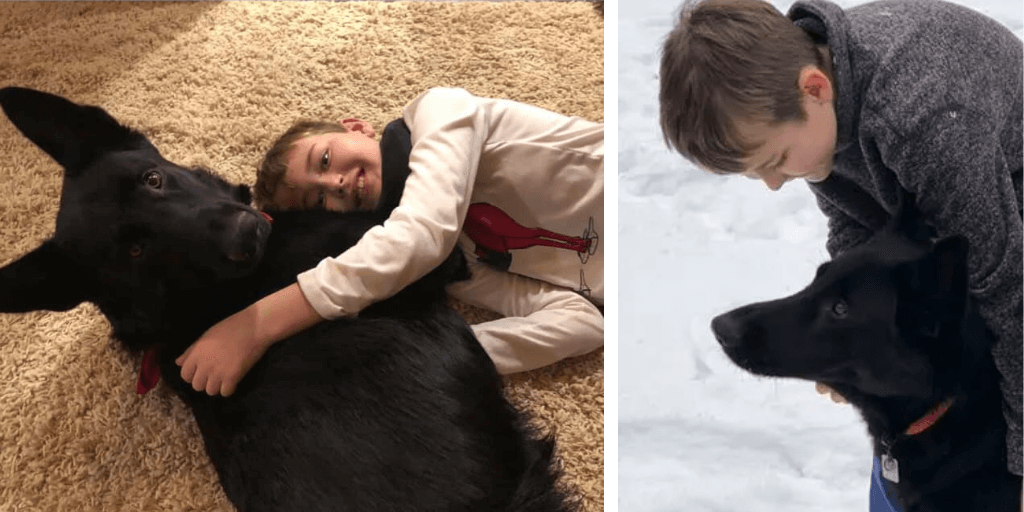 8-year-old Perryn Miller of Wilmington, NC was in Utah enjoying the holidays when the nagging headaches he’d been suffering grew worse. A trip to the E.R. revealed the devastating truth: Perryn has stage 4 glioblastoma, an aggressive form of brain cancer.

Surgery was performed to remove the tumor, but doctors say he will also need several months of chemotherapy and radiation.

The Miller family – who also lost their home to Hurricane Florence last year – decided to stay in Utah for Perryn’s treatment. While family, friends and total strangers have gone above and beyond to cheer the boy up, all he wanted was his dog.

The Millers’ 8-month-old German Shepherd Frank stayed behind in North Carolina for the holidays, but suddenly they needed him more than ever.

That’s when a hero stepped forward. After reading about Perryn on Facebook, former long-haul truck driver Robert Reynolds – a complete stranger to the family – immediately volunteered to pick up Frank and drive him the 2,300 miles to Utah.

Instead of a big rig, this special delivery was made in a station wagon! Reynolds documented the trip with selfies and videos along the way.

“I just think it’s a great thing that Frank can be there with him and help him recover,” Reynolds told KUTV. “He does have a long journey; hopefully Frank helps him out.”

Eventually Frank will have to head back to his temporary caretakers in North Carolina, but the Millers do not need to worry about that. Mr. Reynolds has already offered to pick up the pup and drive him all the way back home!

A GoFundMe page was created to help the Millers with their mounting expenses. It has already raised nearly $43,000. Click here to follow Perryn’s story or donate to the cause.

Update: After a long, hard fight, Perryn passed on October 26th, 2020. His GoFundMe is still active to help the family pay for funeral costs.

“Perryn Glen Miller passed peacefully into heaven at 11:25pm last night. We are in the process of making service arrangements and will share those once they are finalized. #perrynstrong”