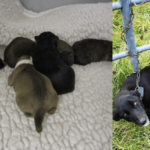 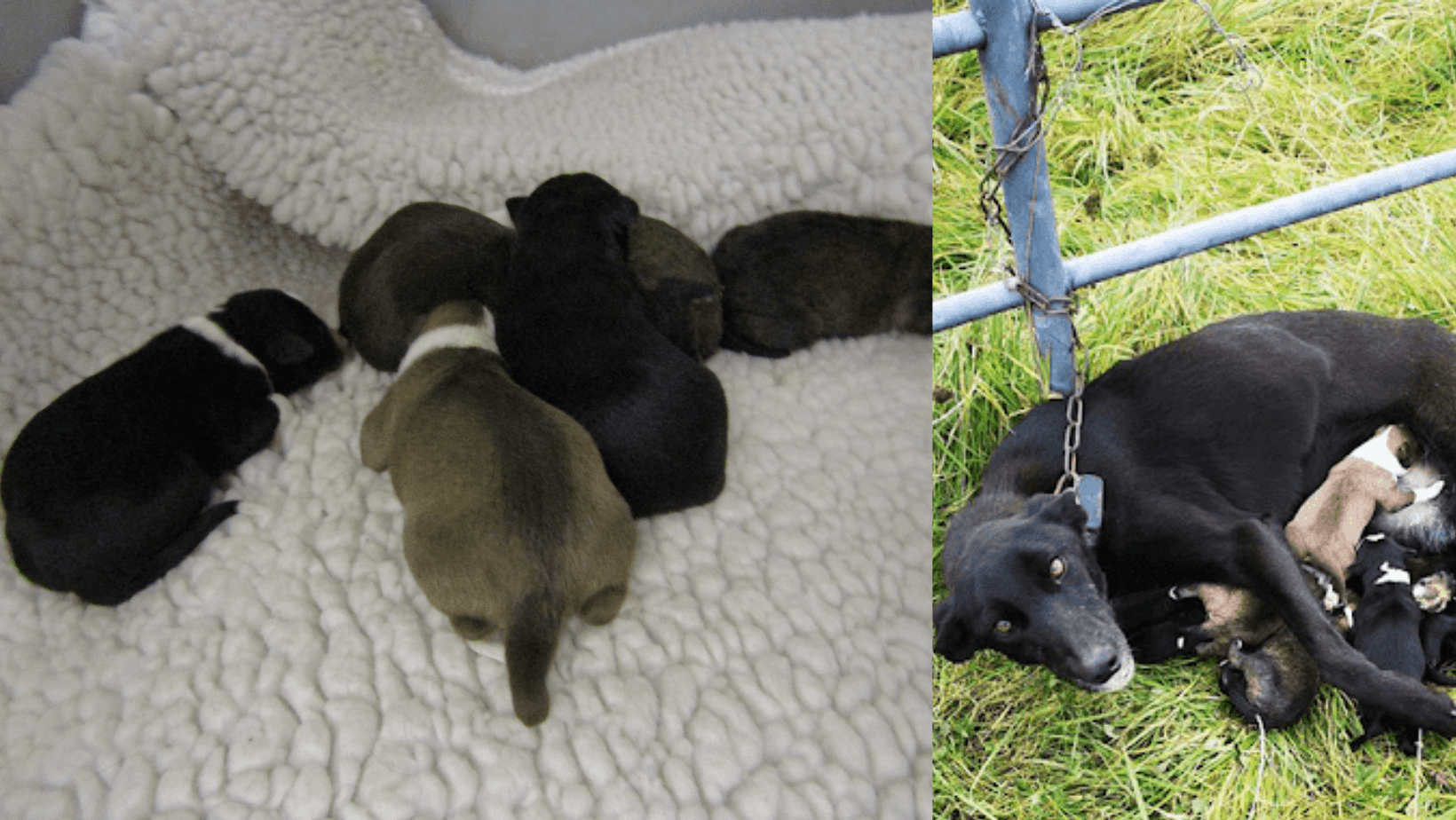 It’s hard to believe how anyone can abandon a dog so heartlessly. We see so many stories of owners getting rid of their pets by just tying them up somewhere—in the best-case scenario, they get found picked up by an animal shelter (where they could’ve gone in the first place) and in the worst-case scenario they’re just left for dead.

But this story is particularly heartbreaking in that it wasn’t just one dog, but a whole family… a mother trying to care for her children even as she fought for her own life.

On November 5, a two-year-old lurcher was found helplessly chained to a gate in County Roscommon, Ireland, apparently abandoned by her owner.

With her were six newborn puppies, all nursing from their mother.

A member of the public called the police and the ISPCA, who took in the poor animals for veterinary care.

The ISPCA shared the heartbreaking story and photos on Facebook. People were outraged.

“This has to be the saddest picture I have ever seen,” one commenter wrote. “[And] that is saying a lot with so much cruelty around us.”

“Look at the fear and vulnerability in the poor dogs eyes,” another wrote. “Darling animal. Am crying seeing this.”

Luckily, other than being cold and hungry, the dogs did not have any health issues. They will continue to be monitored.

The ISPCA wrote that the mother dog had been named Emmy Lou & her puppies were dubbed Billy Ray, Dixie, Dolly, Dotty, June and Patsy.

They also thanked the bystander who intervened and likely saved the dogs’ lives.

“To the kind-hearted animal lover who discovered them and alerted the Gardai and the ISPCA, we are so grateful,” they wrote. “We can’t help them without you so please continue to report cruelty, neglect or abuse.”

ISPCA Center Manager Hugh O’Tool said the dogs’ lives were definitely ain danger, and couldn’t believe anyone would do something like this.

“Leaving a young dog only two years old tied up without water, food or shelter most definitely put her along with her young puppies’ lives at risk,” he said. “I don’t understand how anyone can think it is okay to leave a dog tied to a gate to nurse her puppies.”

“With the recent level of rainfall and cold weather this week, the outcome could have been very different and I’m happy we were alerted so we could help them.”

It’s great that the dogs are now safe and being cared for, the only problem is that the sick person who abandoned them is still out there.

The ISPCA is encouraging anyone with information to come forward and help bring this person to justice.