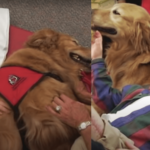 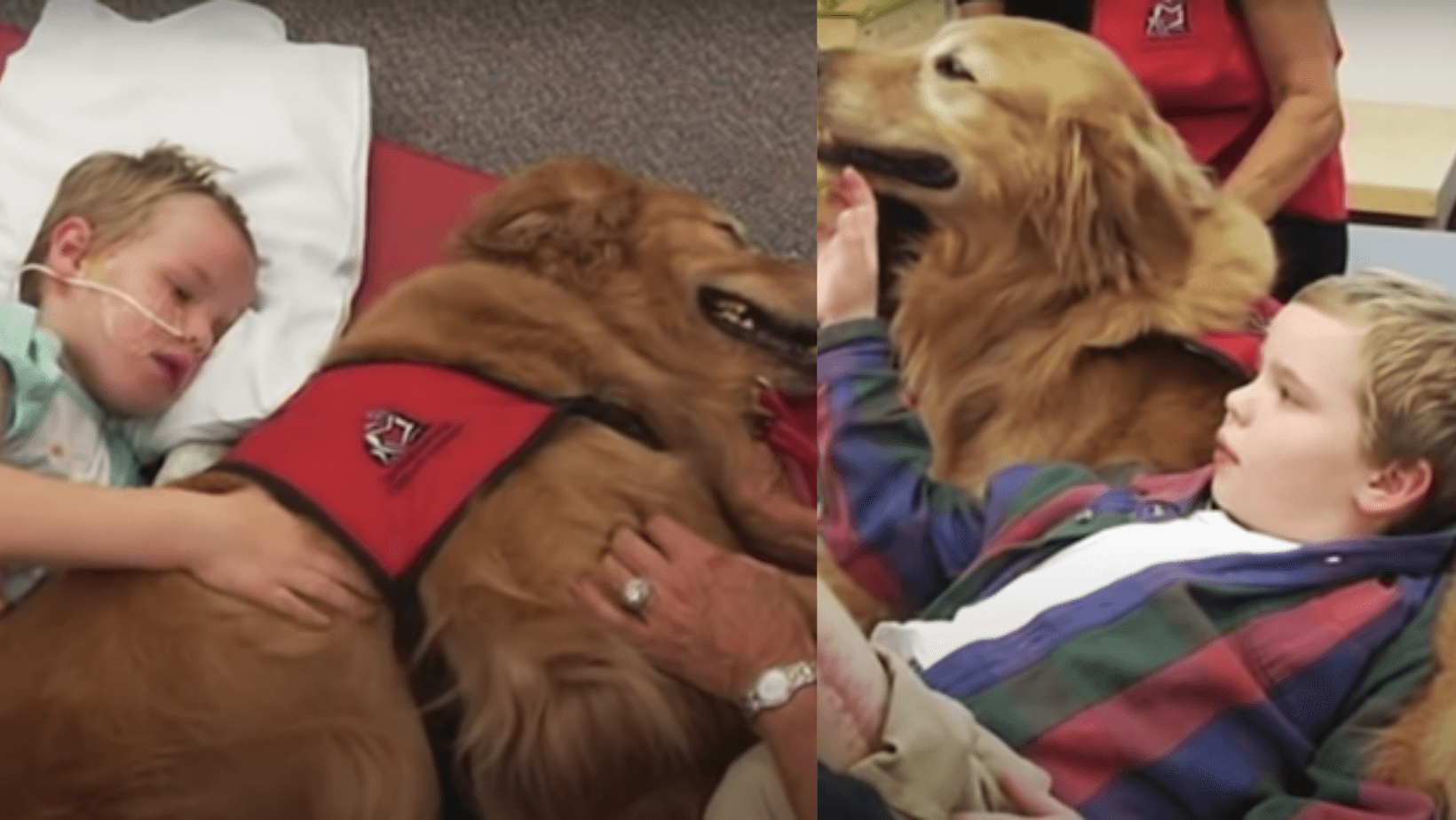 Caleb was driving with his mom and siblings when a distracted driver veered into their lane, striking their vehicle. The inexperienced driver, merely a kid himself, accidentally took the lives of Caleb’s mother and both his siblings, but six-year-old Caleb miraculously survived. However, his injuries were life-threatening.

As the only living survivor, Caleb still sustained significant injuries. While his broken bones would heal, his traumatic brain injury could lead to death, paralysis, brain damage… the list was long. Caleb’s father and grandmother stopped at nothing to help him but each day was touch and go.

Between experimental treatments and constant testing, no one was sure what the outcome would be. The doctors suggested a non-traditional approach by using a therapy dog. Through basic interaction that would hopefully lead to a connection, the medical team wanted to see if having a dog by Caleb’s side could stimulate activity and in turn, stimulate healing. While he was a bit skeptical, Caleb’s father agreed.

A Golden Retriever named Colonel became Caleb’s innovative and non-invasive source of “medicine.” The dog sat by Caleb’s side patiently, with his trainer Susan. They both waited for Caleb to respond in some small way and it didn’t take much time at all! Especially when Colonel lied on Caleb’s hospital bed, even wiggling his way practically onto Caleb’s small body to keep him company, Caleb reacted while asleep. His heart rate improved, his lung function stabilized. Something good was happening and everyone attributed to the only change in Caleb’s routine: Colonel.

Each day Colonel came to visit with Caleb, the boy lit up. The medical team was astounded. Soon, Caleb was more alert, eager to sit up, and interact with the sweet dog. Colonel motivated Caleb in an unexplainable way, both physically and emotionally.

Soon Caleb was throwing a ball to Colonel. And laughing! Sure, it took time and patience– and a whole team of support from doctors to family– but it was Colonel that truly connected to Caleb on this whole other level that in itself, spurred healing. The story only gets better! Check out Colonel and Caleb in the video below! We should never doubt the power of a dog’s love. This is proof!