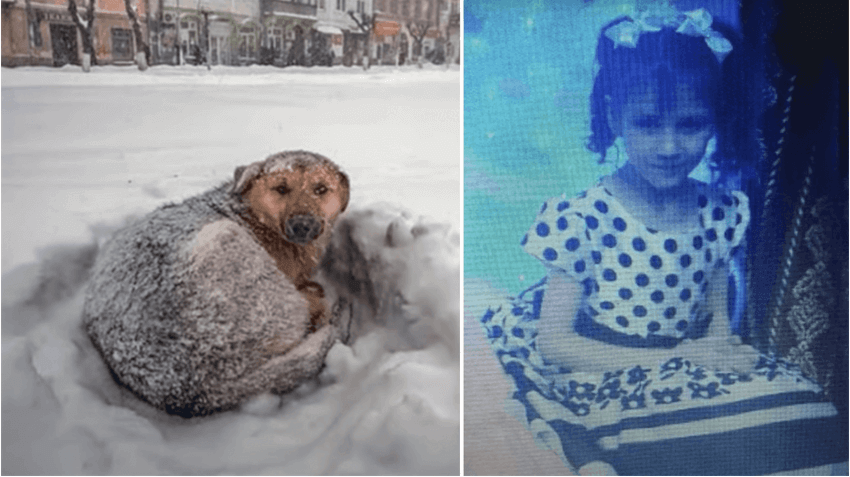 People are calling a 10-year-old girl’s survival a miracle, and it’s all thanks to one special dog. The girl, who’s known as Vika Z, loved spending time around the stray dogs in Sakhalin, Russia. So, when she got lost during an intense blizzard, she turned to her furry friends for help.

Vika disappeared for 18 hours as temperatures dipped to -11 degrees Celsius. Her family feared the frigid night would be too much for her, but then a miracle happened with the help of a stray dog. This pup deserves so much recognition for his kind and nurturing behaviors.

Vika got lost on her way home from school, which happened to be during a frigid blizzard. The snow grew two feet deep, with some drifts blocking the first floors of buildings. But that didn’t stop Vika’s family and the community from searching.

Eventually, the weather got so bad that it was difficult to see anything through the falling snow. Vika’s family walked the streets, calling her name. They asked neighbors if they’d seen her. One person mentioned that they saw the girl playing with a stray dog near an apartment building earlier in the day.

That tip led a rescue team to Vika, who was about a half-mile away from home. She was hugging a fluffy dog, who was keeping her warm during the blizzard. They were both lying on a mattress under a balcony, which animal lovers had left for the strays. The balcony provided just enough shelter to protect the girl and dog from the snow.

The stray dog wandered off once help arrived as if he knew his work was done. Even though he saved the girl’s life, she still had some frostbite and had to be rushed to the hospital.

“The fact that the girl remained alive in such weather really is a miracle,” said search party volunteer Anatoly Ivanov. “We were looking all night, nothing was visible at all, our hands in mittens were so cold, it was difficult to straighten our fingers.”’

Vika reunited with her mom, Tatyana, at the hospital. Luckily, Vika’s injuries were minor, so she was able to return home that same day. It was all thanks to one mysterious hero dog.

The family plans to honor the dog in some way, but no one knows where the stray ran off to. Maybe one day he’ll reunite with Vika again so he can get the recognition he deserves.

Stray Falls Asleep On The Shoulder Of The Man Who Just Rescued Him
Shelter dog left with a broken heart after being stood up by potential adopters
mohammedltc
Related Posts
0 0 0
May 19, 2022
0 3 0
May 18, 2022 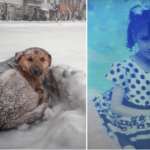