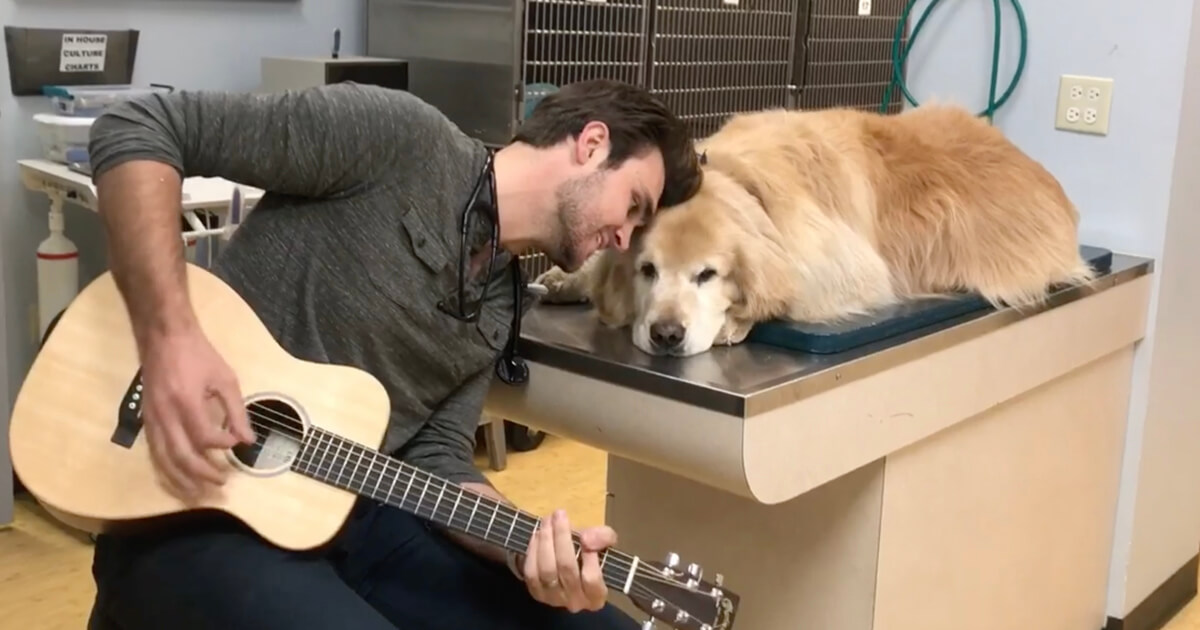 When choosing a veterinarian, we’re always looking for someone we can rely on when things go south for our pets. Bedside manner in a veterinarian is just as important as their practical skills, and one Colorado practitioner has gone the extra mile to help his patients.

Fox Hollow Animal Hospital is the home of Dr. Ross Henderson, and his smooth voice has him serenading anxious pups to calm them down before surgery.

In a viral video, Ruby, a frightened dog, was spending the day at the hospital for her procedure and Dr. Henderson knew exactly how to make her relax. By performing his own rendition of Elvis Presley’s “Can’t Help Falling In Love.”

He told TODAY, “It was a special moment.”

Ruby isn’t the only patient who gets a song as Dr. Henderson is well-known for calming anxious pets down with music. The 28-year-old veterinarian has certainly become popular amongst pet owners both for his charming personality and his good looks.

Dr. Henderson practices veterinary medicine at his father’s animal hospital. His father, Dr. Anthony Henderson and brother, Dr. Ryan Henderson, are both veterinarians as well. It’s certainly a family practice! Unfortunately, Ryan had to stop playing guitar due to a nickel allergy, so it’s up to Ross to keep the pets calm during their stay.

As much as the patients and pet owners love Dr. Ross Henderson’s antics, he thinks their office cat and his own dog are a little tired of his music. Speaking of Greg, the office cat, he says, “I think he’s immune to it, though,” adding that his own dog, Charlie, is also “sick of me singing.”

Well, we certainly would love to hear more and we know that other pet owners would too! 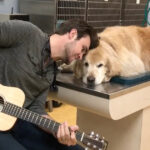