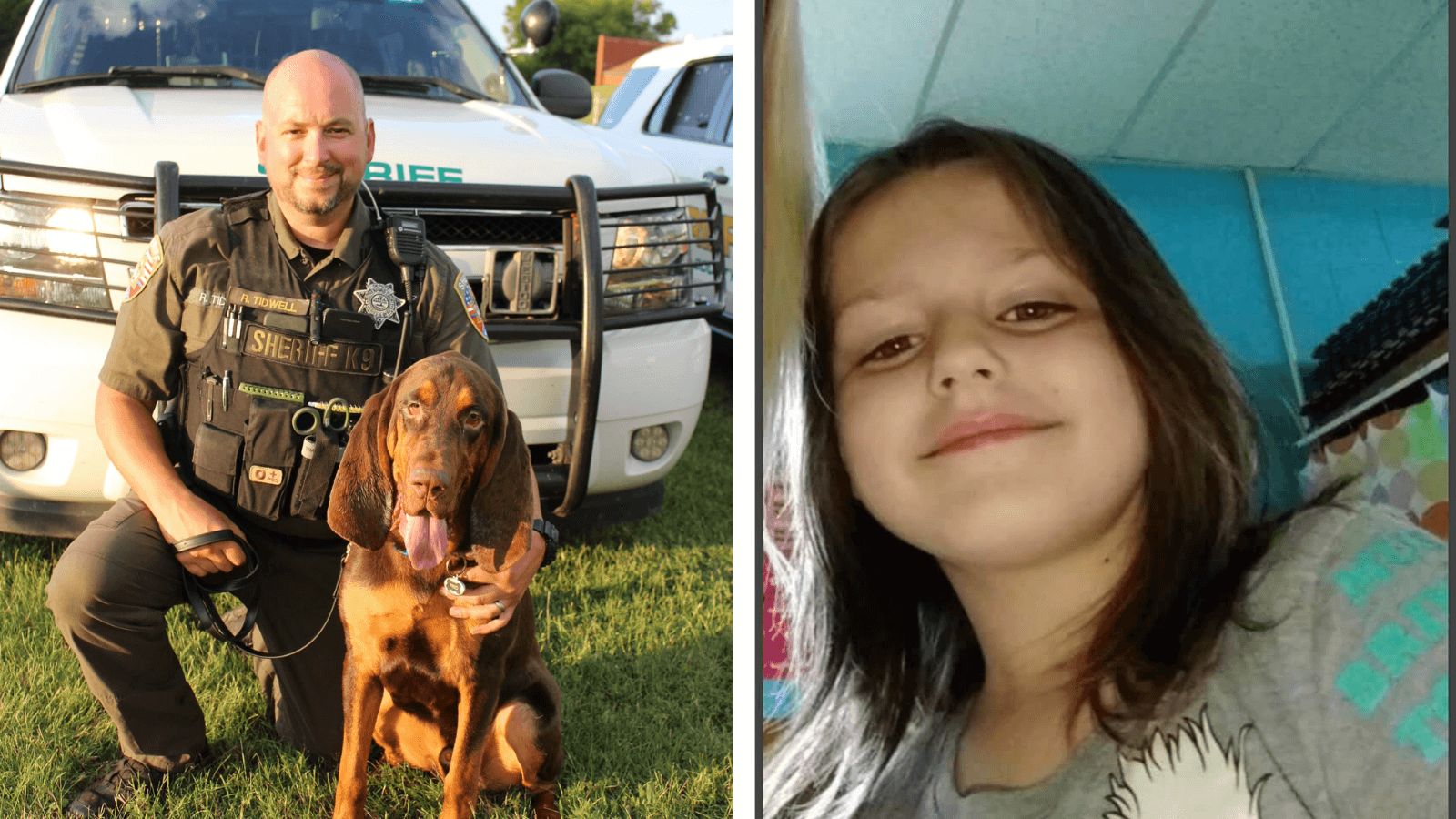 K9s are an invaluable part of any police department. Because of dogs’ incredible sense of smell, they can do many things human officers can’t, like finding a person by tracking their scent.

That skill plays a crucial role when it comes to finding missing people. Time is of the essence, especially when the missing person is a young child.

And recently, one hero dog tracked down a missing girl in DeKalb County, Tennessee.

Kinzleigh Reeder, age 6, has been missing since May 26, when she was allegedly abducted by her father, Nicholas Reeder, according to the Rutherford County Sheriff’s Office. She was believed to be in danger.

Recently, local deputies suspected that the girl and her father were camping in the Pea Ridge community. So, they enlisted an officer perfectly suited for the job: a K9 bloodhound named Fred.

Like all bloodhounds, Fred has a remarkable sense of smell, and helps the Rutherford County Sheriff’s Office to track down people.

The one-year-old dog has been hard at work since joining the force last year. in March, he located his first runaway, tracking down a 13-year-old boy. “Fred did really well,” said K9 Deputy Richard Tidwell, Fred’s handler. “He stayed on track. He knew what his job was.”

For this case, the deputies were able to acquire an item of clothing belonging to Nicholas Reeder. Fred got the scent, and was able to follow the trail from the man’s home.

“They traveled to the home and released Fred who followed a foot path from the home to a burn pile, a truck and an outbuilding,” the sheriff’s office wrote on Facebook. “He sniffed the door and door knob, then sat down indicating he found the father.”

When deputies arrived at the location, they found the door was locked and reinforced from the inside. Forcing entry, they discovered both the suspect and the missing girl.

“We made entry into the building and discovered the suspect and child in the back of the shed behind blankets that were hanging from a makeshift clothesline,” said Sgt. James Holloway.

Nicholas Reeder was taken into custody and charged with child abuse or neglect of his daughter, the Sheriff’s Office wrote. Kinzleigh was turned over to DeKalbCounty deputies — but not before thanking the heroic dog who found her.

“He licked her face and she gave him a big hug,” deputy Tidwell recalled.

“I praised him and loved on him,” Tidwell added. “I pulled the chicken reward out of my pocket. He ate the chicken and wanted to meet other people as if to say, ‘Look what I’ve done.’”

We’re so glad this girl is safe and sound now, thanks to this heroic K9! Great job, Fred! 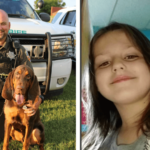