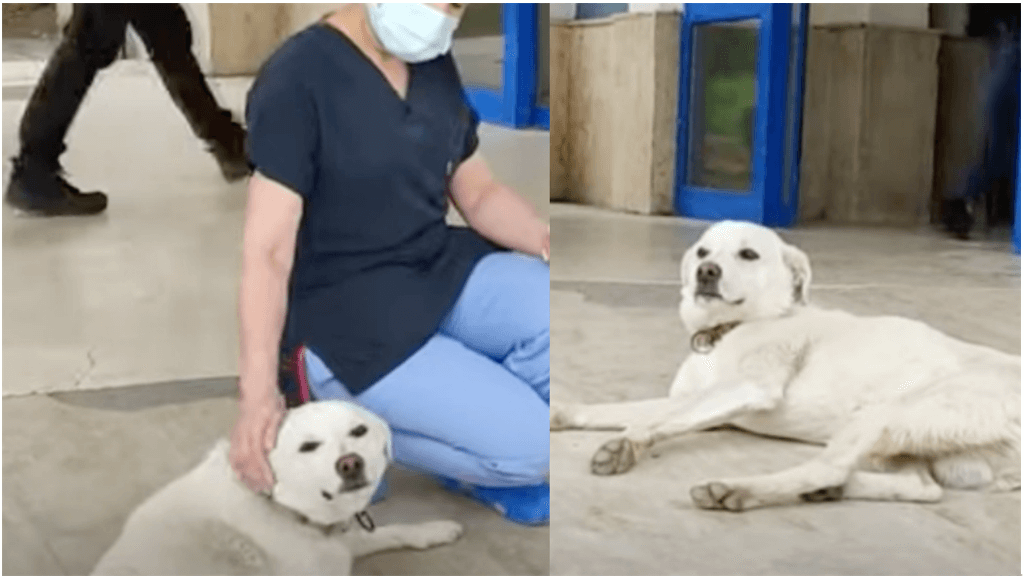 Anyone who loves a dog knows how they wrap their pawprints around the heart and never let go. Pamuk is one of the most devoted dogs on the planet and isn’t afraid to let her owner know how deep her love is. Recently, Pamuk’s owner, Mehmet Cakmak, had a heart attack at home while watching television. The senior citizen was rushed to a nearby hospital and was admitted to the intensive care unit in Turkey.

Although Pamuk had no idea what happened to her owner, she “sensed” something was wrong and decided to follow the man’s family to the hospital one day. There, she remained loyal and steadfast in her position and waited for Mehmet to exit the building. She rarely left her spot and stayed in the same area for 14 long days and nights.

Metin Çakmak, the patient’s son, told a news agency the dog never left the hospital except to find food. A hospital staff member was amazed at the dog’s loyalty, stating, “She was here all the time and was waiting in such a calm manner.”

Finally, when the magical day arrived and Cakmak was discharged, the devoted dog stayed right by his side for the trip home. Dogs are really amazing creatures who want nothing more than to give and receive love. You are such a good girl, Pamuk!

See the sweet dog in action in the video below. 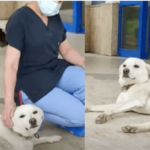