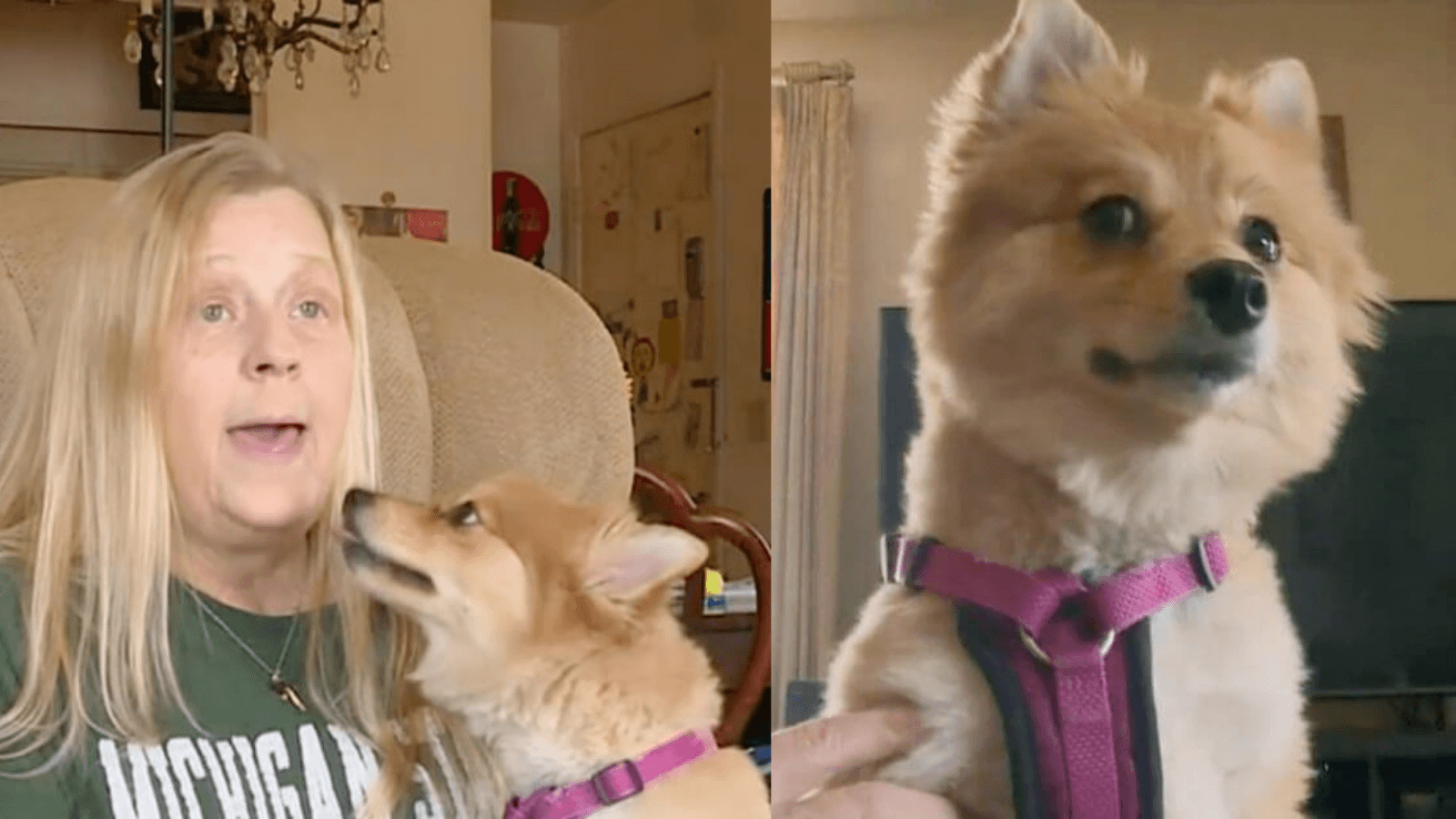 Honey’s future didn’t seem very hopeful, as the 3-year-old Pomeranian was left all alone after her owner died. A few years ago, Jeannie Morley decided to give Honey a second chance and bring her home on Thanksgiving night. Little did the Flint, Michigan woman realize that by saving Honey’s life, the tiny dog would soon return the favor and save hers.

One night, not long after adopting Honey, Jennie wasn’t feeling too good. She suddenly got sick, felt very ill, and decided to go to bed and rest. Honey would not allow her owner to lay down, even going so far as to growl at her owner. Jeannie recalls, “She wouldn’t let me back in bed. She started growling at me, which she never, I mean, this is the sweetest animal ever.”

When growling at her mom didn’t work, the pint-sized pooch literally pushed her owner out of bed. At that point, Jeannie decided to drive herself to a local hospital, and thank goodness she did. Doctors ran some tests and informed Jeannie she suffered a mild heart attack. She had two major blockages in arteries to her heart and required two stents. Doctors told Jeannie they were surprised she didn’t “drop over dead.”

Since the near-death experience, Jeannie is on the road to recovery and remains thankful for Honey’s presence in her life. She calls Honey a hero and credits the smart dog with “bringing me to my senses and getting me to the hospital.” Honey summoned up all her strength to push Jeannie from the bed, which is an amazing feat for a tiny dog.

Animals are truly incredible and often have a sixth sense about things happening to their owners. We wish Honey and Jeannie a long and healthy life together.

Dog’s Shelter Pal Gets Adopted Leaving Him Alone, So Worker Makes Him A Promise
Rescue dog with amputated leg gets adopted by veteran who also lost a leg
mohammedltc
Related Posts
0 1 0 October 17, 2021
0 2 0 October 16, 2021 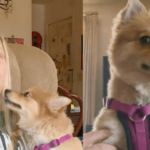