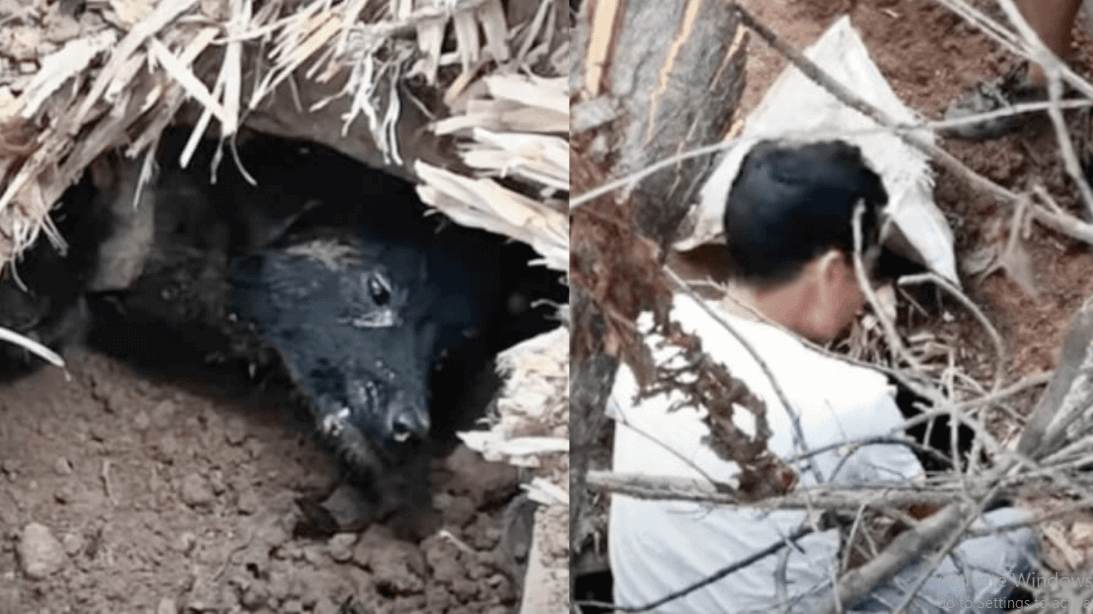 Landslides are a very scary act of nature where mass amounts of rock, debris, and earth suddenly move and flow down a slope. Many things can cause a landslide, but for anyone in their path, they are destructive and potentially deadly. Landslides occur in every state and United States territory and in most parts of the world. Recently, a landslide in China caused a dog to become trapped in heavy dirt and debris.

For 37 harrowing days, the dog lay still in place and at any moment, he might pass away. No one even knew the poor dog was lying there, just languishing on his own. Over 100 households had to be evacuated because of the landslide, and the dog nearly turned into one of the canine tragedies of the situation. Local villagers happened to be in the area when they heard a noise coming from a heavy mound of dirt. They happen to be in the area retrieving items from their homes.

They immediately got together and looked for the source of the noise, which turned out to be a dog. A total of 12 good Samaritans from the evacuated village put all of their efforts into giving the dog a fighting chance. One by one, the villagers from Guizhou village opened their hearts and banded together for the dog. Amazingly, their efforts paid off, and the dog was unearthed and brought to freedom.

No one knows how she was able to survive for over a month without anything to eat. Perhaps she drank falling rainwater, as she could not break free from the heavy earth that contained her body. These villagers are to be commended for their kind hearts and muscles, and we wish the dog all the best in her future. Watch this heroic effort by pressing play on the video below.